Raiders Anxious to Get Season Started 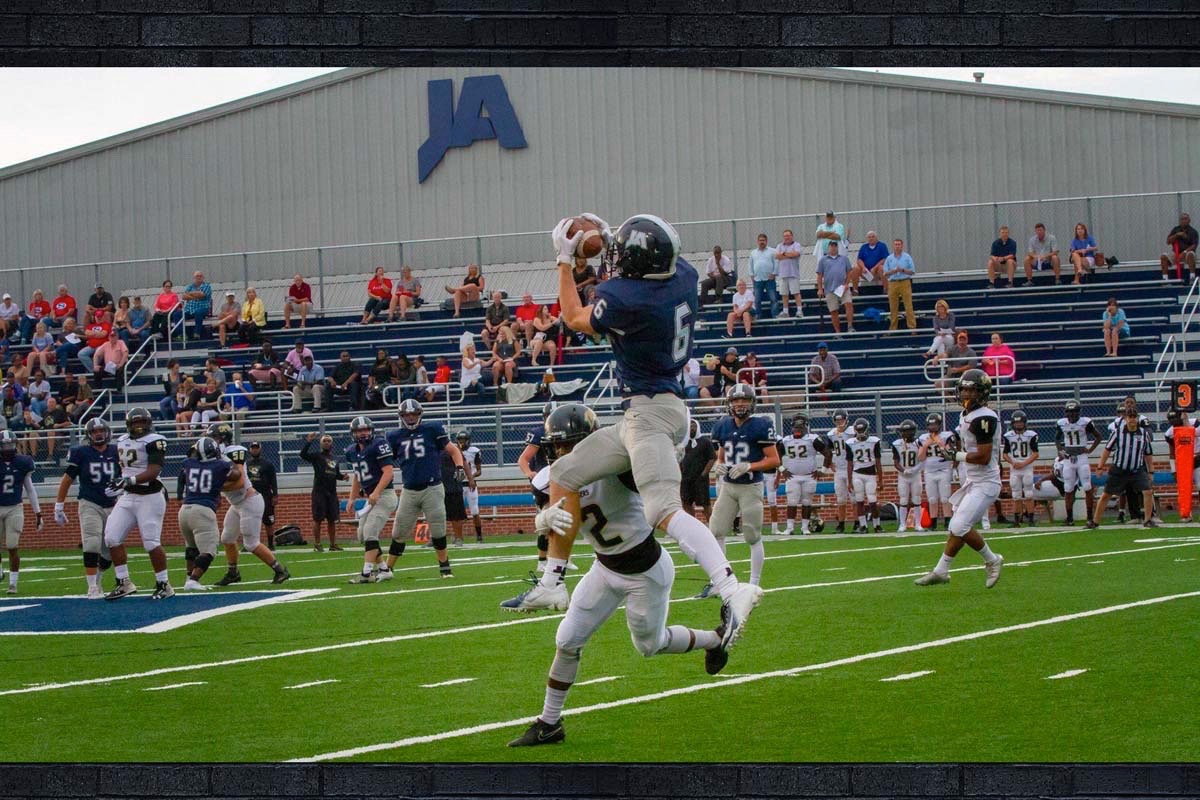 Last Friday night the Raiders played two Jamboree quarters to prepare for the upcoming 2018 season. They played Mendenhall and Morton in 23 minute quarters.

In the first game the Raiders were able to move the ball down the field and eat up over nine minutes off the clock, but they were unable to get points out of the possession. They eventually found the end zone with Kinkead Dent finding Cruz Heath for the lone score as JA fell 8-7.

In the second game against Morton JA fans saw the future of the team as sophomore Parker Ryan found the end zone twice in a 13-0 win. The defense showed up on both scrimmage quarters (minus one blown coverage allowing the lone score). The season starts Friday in Greenville at 7pm.