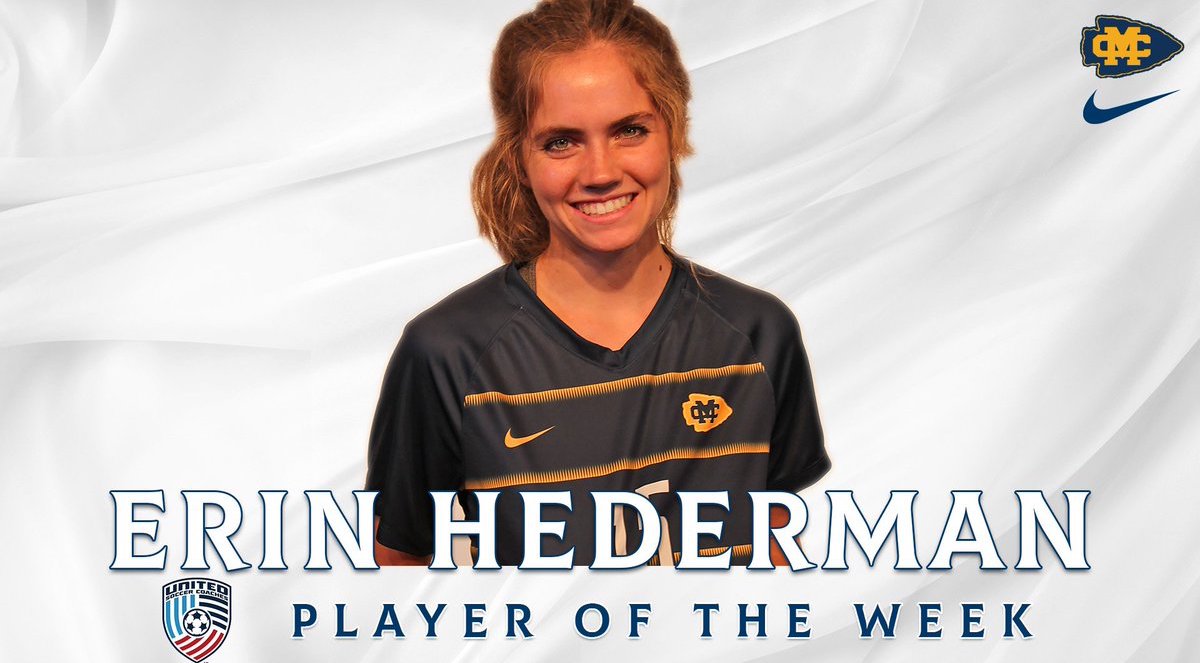 Congratulations to former JA Lady Raider, Erin Hederman, for earning multiple honors this past week for her performance on the soccer field for Mississippi College. Erin was named United Soccer Coaches Division II Player of the week. She was also named Gulf South Conference Player of the Week and took home GSC Freshman of the Week honors for the second straight week. Hederman helped lead the Lady Choctaws to a 2-0 road week in GSC play, including a 3-1 victory over #5 Lee on Friday night. She assisted on MC's opening goal and scored the eventual game-winner against the nationally-ranked Flames. In the win over Shorter, Hederman notched her first multiple-goal game with a pair of scores in the 9-1 victory. She played only 28 minutes in the victory as the Lady Choctaw improved to 6-1, scoring at least three goals in each of their last six matches. On the season, the rookie ranks second on the team with five goals scored and is tied for the team lead with four assists. She ranks 3rd in the Gulf South Conference in points per game (2.00), as well.