JA Improves to 3-0 on the Year 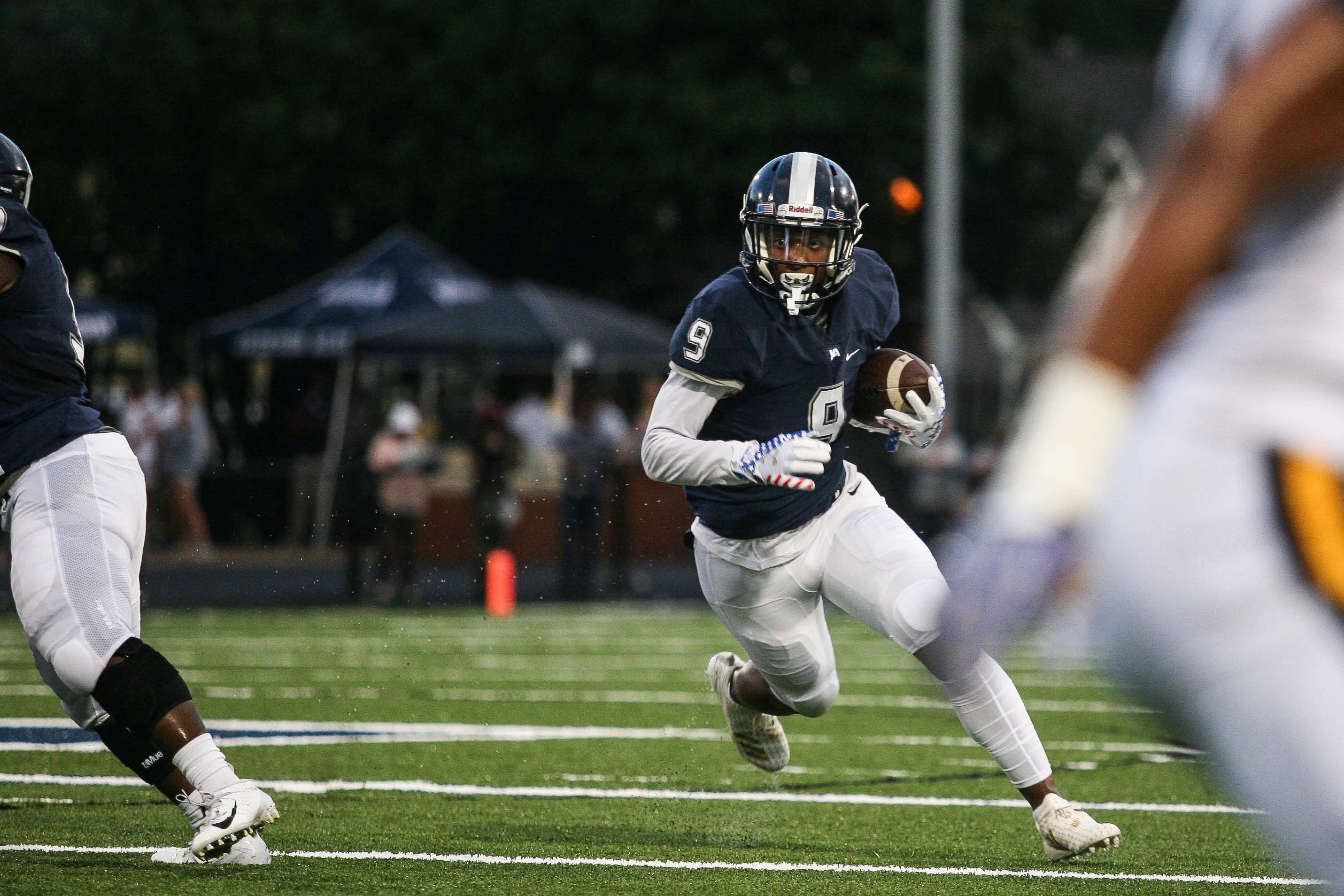 Tonight the JA Raiders met the St. Joe Bruins at The Brickyard for the second time in the short history of this new cross town series. Cruz Heath electrified the crowd on the first play of the game with a 92yard Kickoff Return for a touchdown to give the Raiders an early 6-0 advantage. Then Thad Bishop got his career night going as he scored 4 different times on a total of 14 carries and 112 yards. The Raiders also got 91 yards on 6 carries from Kinkead Dent as JA ran the ball 34 times for a total of 233 yards thanks to their dominant offensive line.

The JA defense nearly tossed their second shutout of the season, but St. Joe converted the only 3rd Down of the night on a 44yard pass from Daniel Clark to Kiland Harrison. The Raider defense did hold St. Joe to just 35 total yards rushing and only 114 total yards of offense on the night. Jackson Conn added a late 22yard screen pass to Parker Ryan for the final score of the game as JA beat St. Joe 47-7 and improved to 2-0 in the short series between the two schools. The Bruins drop to 2-1 under new coach John Bond.

The Raiders travel to Northeast Lauderdale next week as they start a three game road trip. Kickoff is at 7pm.