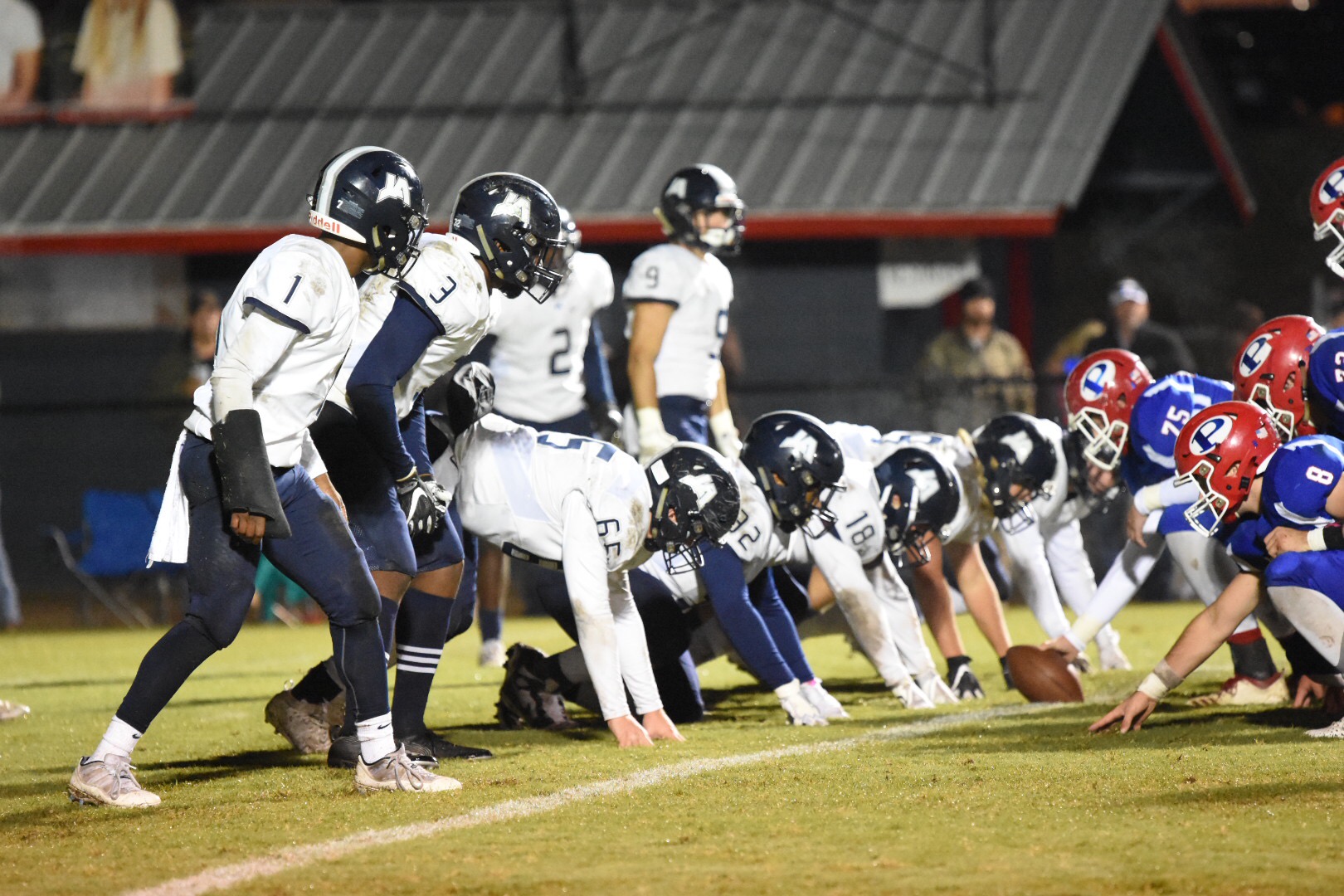 The Raiders finished off the regular season as they traveled to McComb to take on Parklane Academy in their final conference game of the season. The field was in decent condition despite the previous week?s game and the amount of rain that had fallen at Charlie Newlon Field in the previous week. The Raiders were looking to pick up their second straight win over Parklane and their 18th in the series. The Raider Defense showed up for the second straight week as they held on for a 15-14 win.

For the third straight week the opposing side scored first as the Pioneers took the ball down the field with a 15 play - 80 yard drive that took 8:02 off the clock. Taylor Alford and Brady Wilson combined for the 15 runs on the drive with Taylor Alford capping off the drive with a 6-yard TD run. The extra point was missed and Parklane led 6-0. The Raiders were unable to get on the scoreboard in the first half as they were held to a punt, missed field goal and a turnover on downs on their three first half drives. The Pioneers were held to punts and a total of 10 yards in the first half after their 80 yard opening drive as they led 6-0 at the break.

After being held to 36 first half yards Marcus Harris woke up the JA faithful that made the trip to McComb as he had his number called on five straight plays to start the second half as he scored his 18th touchdown of the season on a 11 yard run to give JA their first lead of the game 7-6. The Pioneers answered with another 80 yard drive that took 11 plays and 5:50 off the clock as Brady Wilson scored from three yards out and he also tacked on the two point conversion to give Parklane the 14-7 advantage. The two teams exchanged punts and then Harris wasted no time scoring on the only play of the drive running in from 36 yards out for his 19th TD of the year. He also added a two-point conversion to give JA back the lead 15-14. Then the Raider defense stood tall and stopped the Pioneers at midfield on downs and the offense was able to milk the clock to end the game.

JA will enjoy an off week next Friday night as they earned a bye with a top three finish in the standings. Then on November 15th the Raiders will take on Jackson Prep in Flowood in the MAIS 6A Semifinals with the kickoff at 7pm.