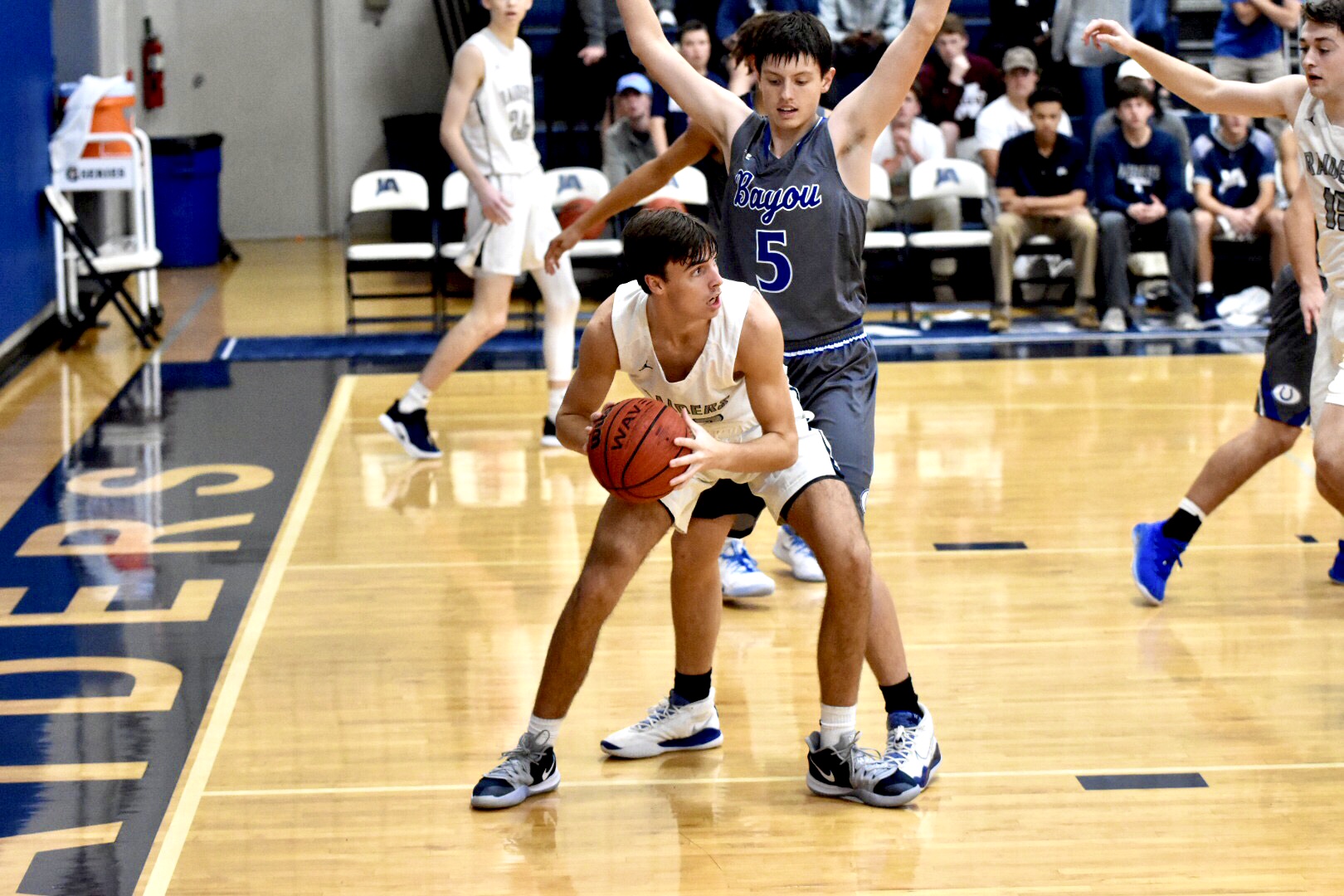 The Raiders played host to Bayou Academy at The Raider Dome on Monday Night for the second game of a Three-Game Homestand. The JV Raiders were locked in a great battle that they led just 26-22 at the half. They started the second half on a 12-0 run and never looked back as they cruised to a 57-38 victory and moved to 3-0 on the season.

The Varsity Raiders were also in a battle that was tied 36-36 with just 4:30 left in regulation. The Raiders closed the game on an impressive 15-3 run to pull out their first win of the season 51-39 over the Colts.

University Heart Player with The Most Heart
Graham Stevens - He finished with a his second straight double double, 11 points (2-4 FG, 7-8 FT), 10 rebounds, 5 assists, 2 blocks and 2 steals.
For full stats of the game Click Here