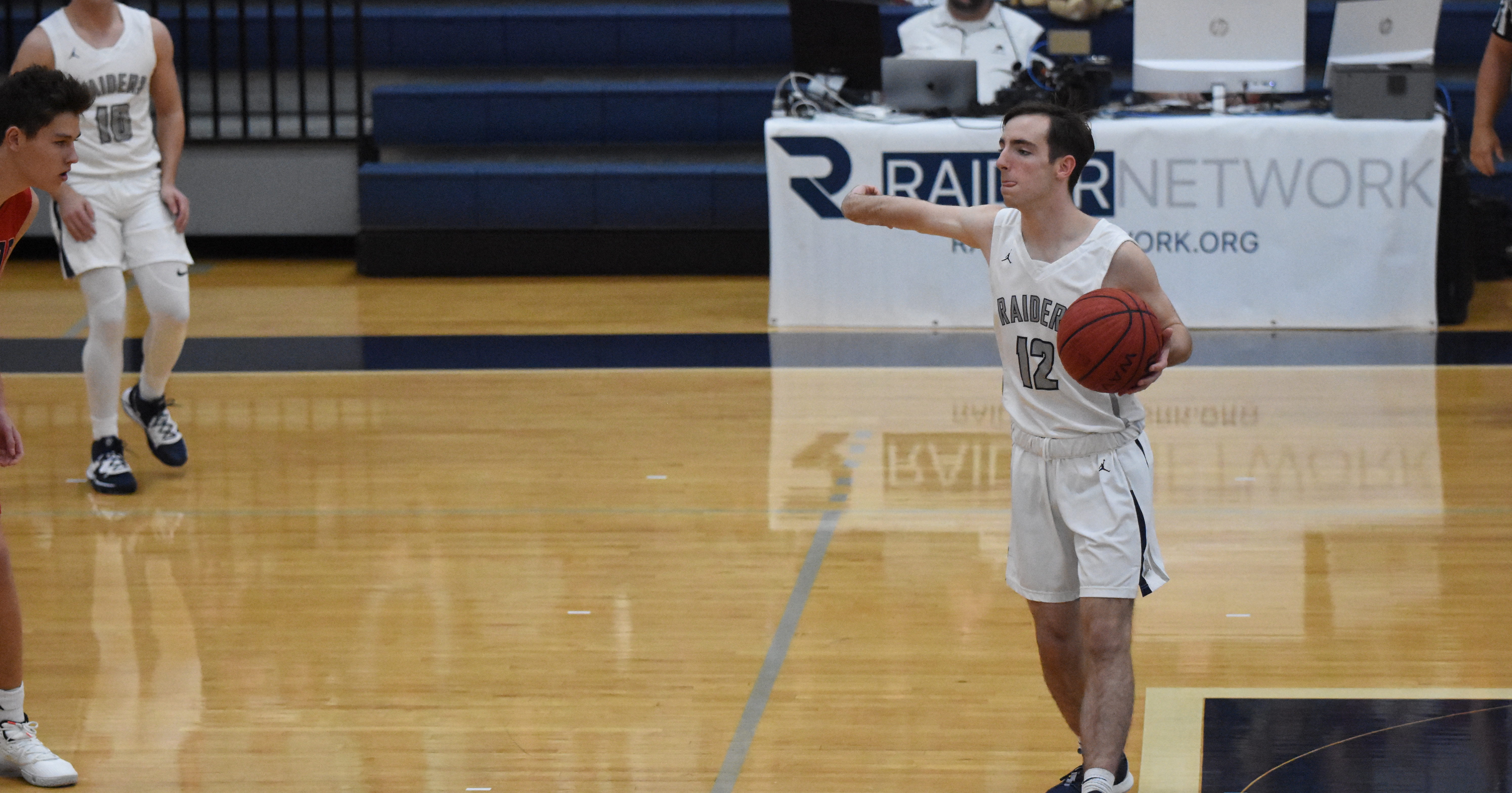 The Raiders returned to The Raider Dome for a single game on Tuesday Night by taking on the Lamar School Raiders. The JV Raiders cruised to an easy victory as they put the game out of reach early and often racing out to a 27-5 first quarter lead and never looking back. They got the clock running and invoked the mercy rule three minutes into the second half and won going away 60-15 picking up their sixth win of the season against no losses. They will return to action on Monday, December 2nd as they host Cathedral.

The Varsity Raiders struggled during the first half as Lamar School used a diamond-and-one defense against Wenton Walker and held him to no shots. They came out after halftime and scorched the nets shooting 18-36 from the floor, including 4-for-11 from three-point land as they outscored Lamar School 43-12. They closed the game on a 15-0 run to win 70-38 and evened their record at 3-3.

University Heart Player with The Most Heart
Will Travelstead - He finished with 11 points (4-10 FG, 3-9 3PT), 5 assists and 2 rebounds.
For full stats of the game Click Here