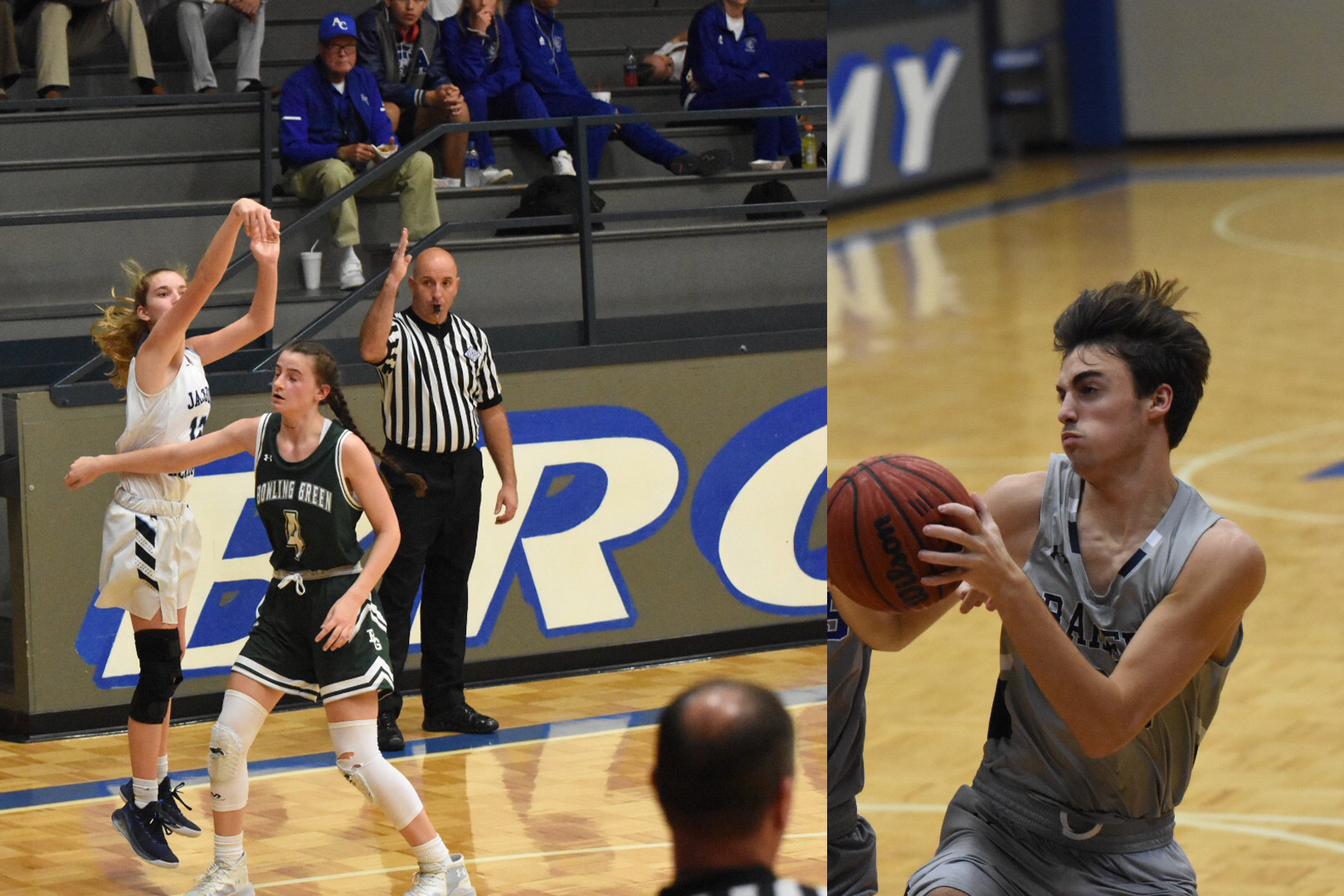 The Varsity Raiders and Lady Raiders began play in the Brookhaven Academy Thanksgiving Classic on Monday at The John R. Gray Gymnasium. The two teams were split up as the Lady Raiders played Bowling Green for the second time this season at 12:00pm and the Raiders took on Columbia Academy at 4:30pm.

The Varsity Lady Raiders battled with the Lady Bucs as they trailed 7-1 early int he game before goin on a 14-5 run to end the quarter as they led by 2. Bowling Green was able to trim the deficit to just one point at halftime before the Lady Raider defense put the clamps down defensively in the third quarter outscoring Bowling 10-5 before securing a 53-41 win. Three different Lady Raiders scored in double figures - Azaria McDowell (13 pts), Emily Thompson (11 pts) and Natalie Thompson (11pts) as JA stayed unbeated on the year at 6-0.


The Varsity Raiders struggled to get off the bus against Columbia Academy as they gave up an 11-0 run to the Cougars and fell behind 16-3. The Raiders trimmed it to 9 to start the second quarter but the next basket put Columbia up by 12 and they never let go of their double digit lead, leading at one point by as many as 29 points before the Raiders closed the gap late for a final of 65-45.

University Heart Player with The Most Heart
Graham Stevens - scored 8 points and grabbed 7 rebounds with 1 assist.