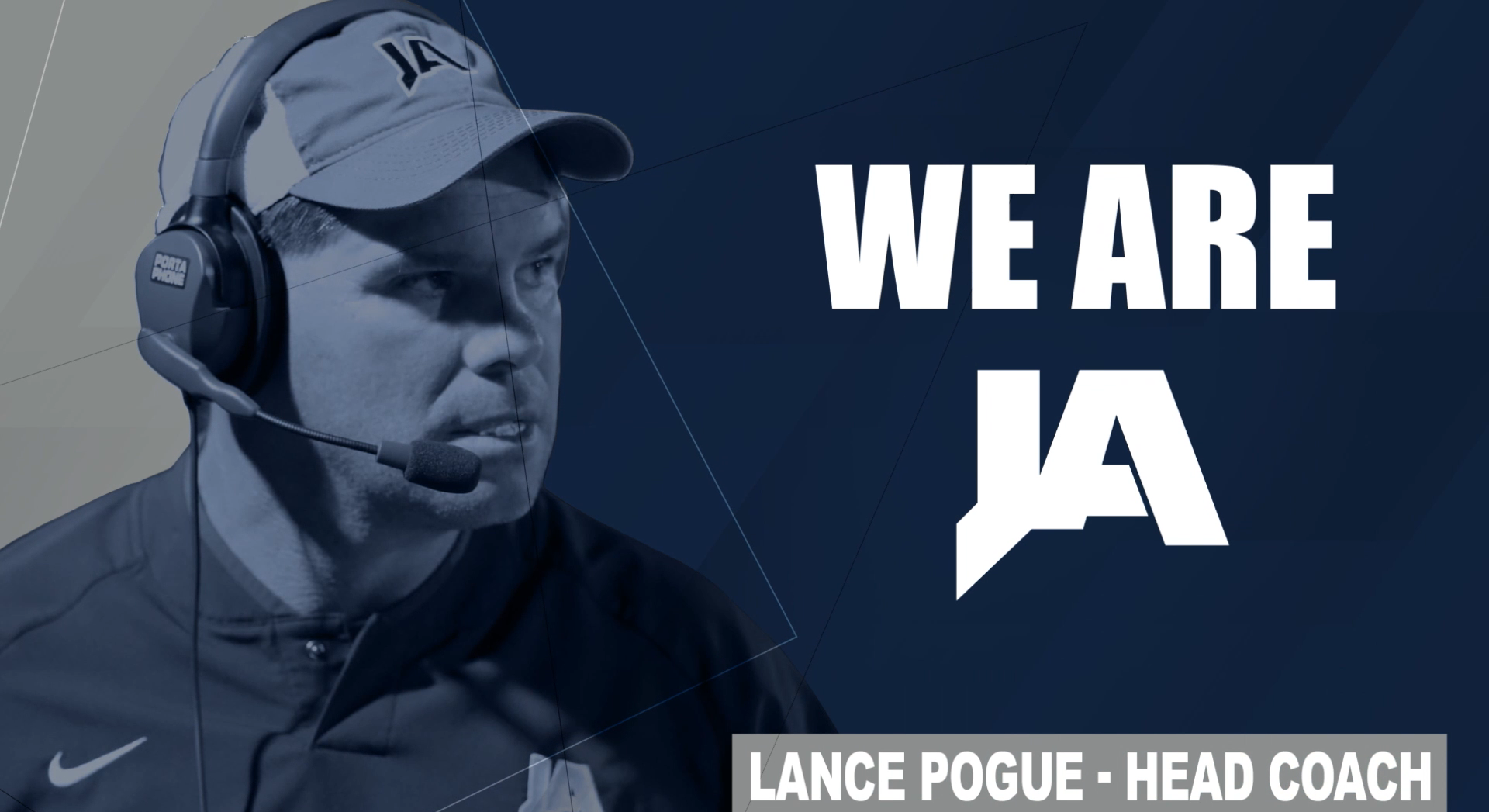 Coach Lance Pogue was named the 9th Jackson Academy Head Football Coach today. This will be his 21st year as a Head Coach. He carries a record of 210-57 (Winona, Eupora, South Panola) with 5 State Championships and 1 National Championship and he was also named the USA Today National Coach of the Year in 2010. GO RAIDERS!!!

To get a glimpse into his background, coaching philosophy and respect for the JA tradition Click Here