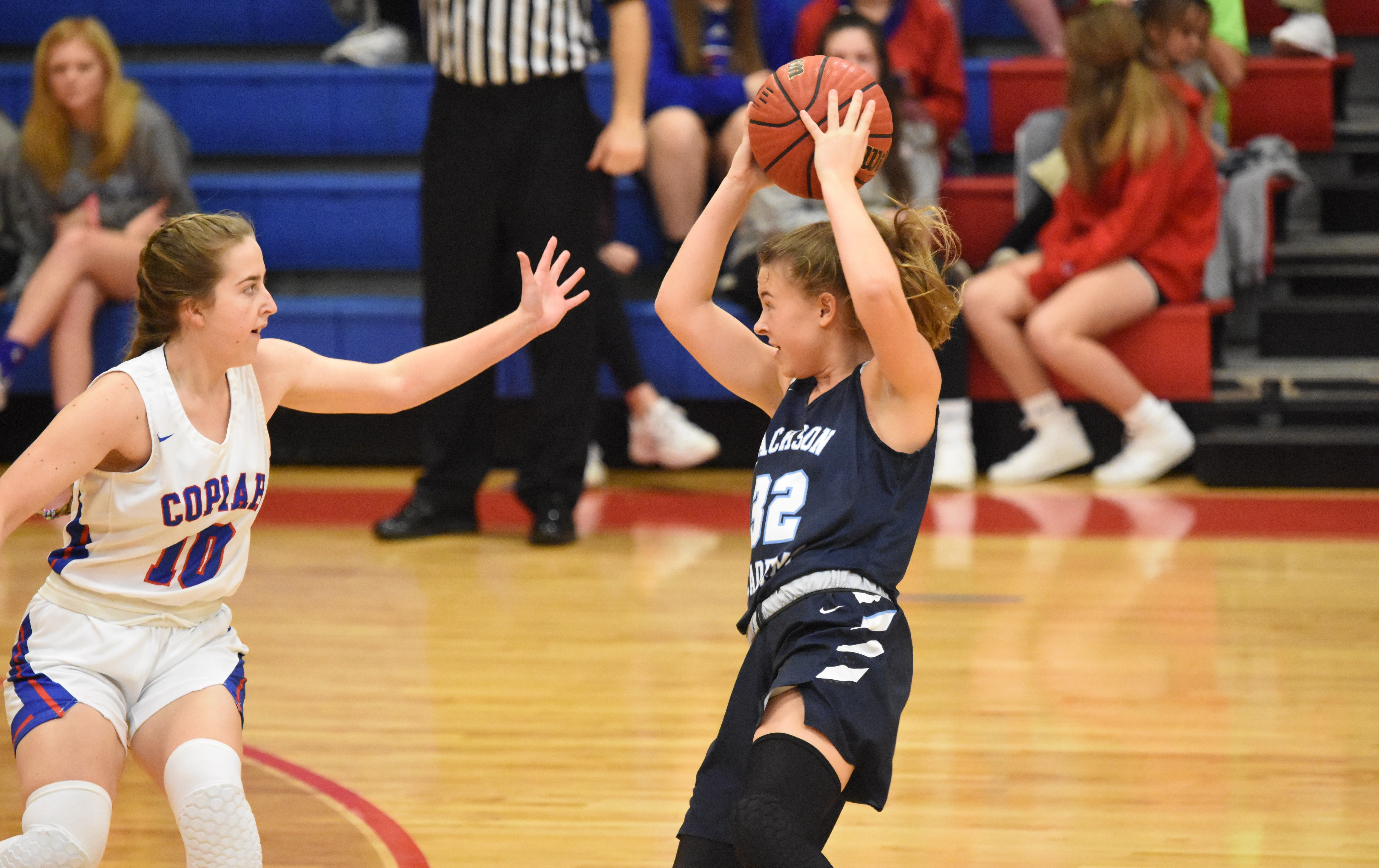 The Lady Raiders took a trip to Gallman, MS on Thursday night to take on Copiah Academy in conference play. The JV Lady Raiders and Lady Colonels proved that basketball is indeed a game of runs as JA closed the first quarter on a 7-0 run to lead 11-6. Then Copiah finished off the first half on a 14-0 run to lead 21-16 at the halftime break. The two teams went back and forth in the third as JA trimmed the deficit to 30-27 heading into the final frame. The Lady Raiders outscored Copiah 7-3 in the fourth to claim a 37-33 victory and improve to 10-2 overall and 2-0 in conference play. Saturday's game at Heritage has been cancelled due to dangerous weather conditions in the state so the Lady Raiders will return to action on Tuesday, January 14th as they return to the Raider Dome at 4:00pm to host PCS.

The Varsity Lady Raiders had a much different story in their conference opener as Copiah had their only lead of the game early in the first quarter at 4-2. The Lady Raiders used the free-throw line to their advantage as Reeves Stratton and Emma Roberts combined to go 15-of-21 from the charity stripe to help hold off the Lady Colonels 50-38 as JA improved to 17-5 overall and more importantly 1-0 in conference play. With Saturday's game at Heritage now cancelled the Lady Raiders will enjoy the weekend off before returning to action on Tuesday at The Raider Dome as they host Presbyterian Christian School at 6:30pm

University Heart Player with The Most Heart
Kennedy Nations - the senior had 2 points (1-1 FG), and 5 big rebounds in 15 minutes of action.