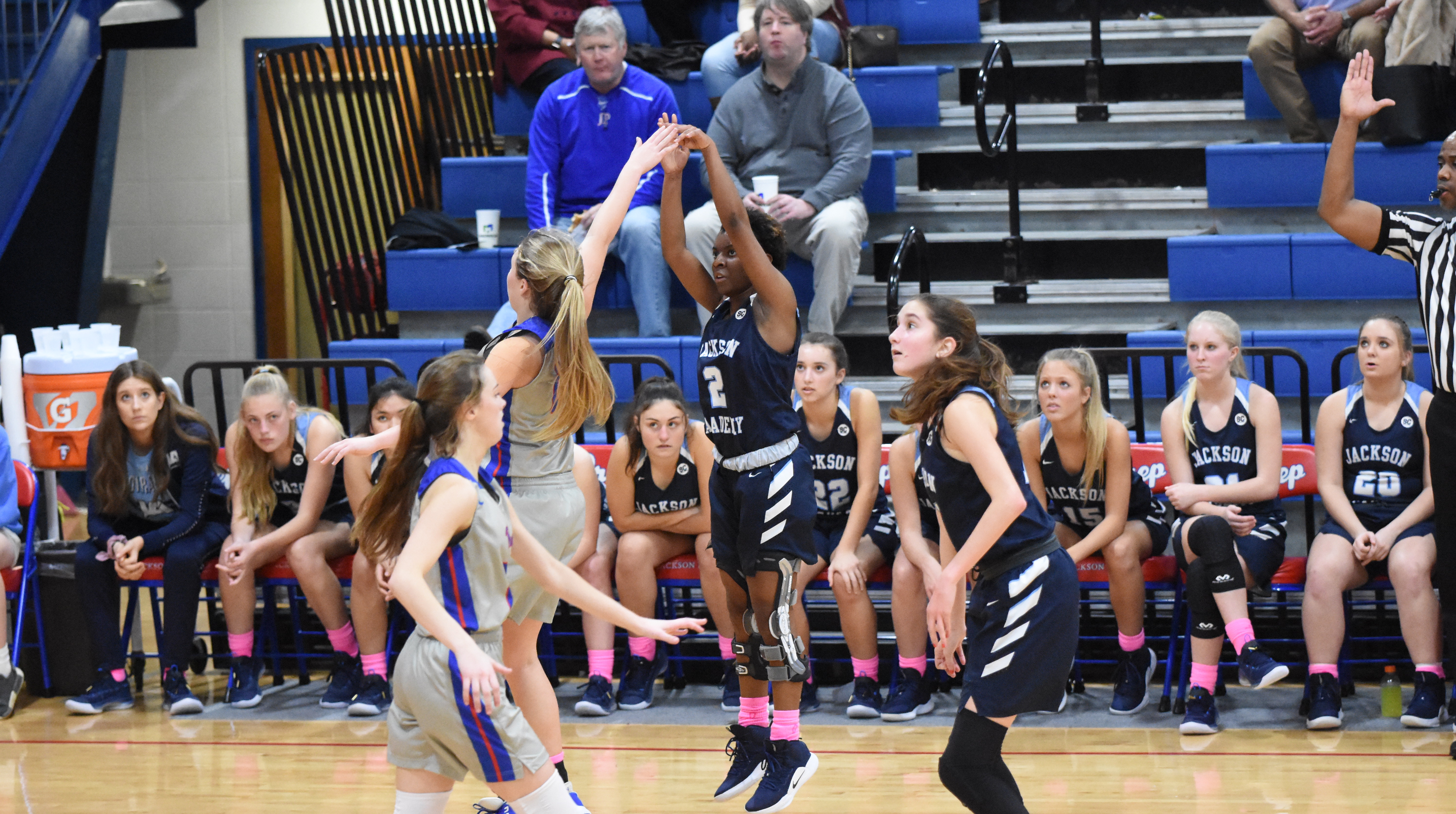 The Lady Raiders traveled to Flowood for their final conference game of the season as they looked for their sixteenth straight win over the Jackson Prep Lady Patriots. The first meeting featured a first half that saw the Lady Patriots lead by as many 7 before the Lady Raiders went on a second half 18-11 run to take the first meeting 40-33. In the Tuesday night matchup at the Fortenberry Gymnasium, the Lady Patriots and Lady Raiders played a first half reminiscent of the State Championship Game from last year. In the first quarter the Julia Zouboukos scored on the first Prep possession, and then JA went on a 8-0 run to take a six point lead before Julia Zouboukos scored the last basket to cut the lead in half after eight minutes. The second quarter was a defensive struggle as Prep tied the game with a 4-0 run. Then after almost three scoreless minutes the Thompson twins went on a 5-0 run to take a 13-8 halftime lead. The third quarter went back and forth before Prep cut the lead back to five early in the fourth before the Lady Raiders closed the game on a 15-4 run to secure a 38-22 victory. Emily Thompson led all scorers with 11 points and chipped in 7 rebounds and two blocks. Seven different Lady Raiders scored for JA as they improved to 26-6 overall and finished conference play at 9-1. They will close out the regular season on Thursday in Memphis as they battle MHEA at 5:00pm.

University Heart Players with The Most Heart
Azaria McDowell scored 5 points (2-3 FG, 1-1, 3PT), had 6 rebounds, and 5 assists in 24 minutes of action.