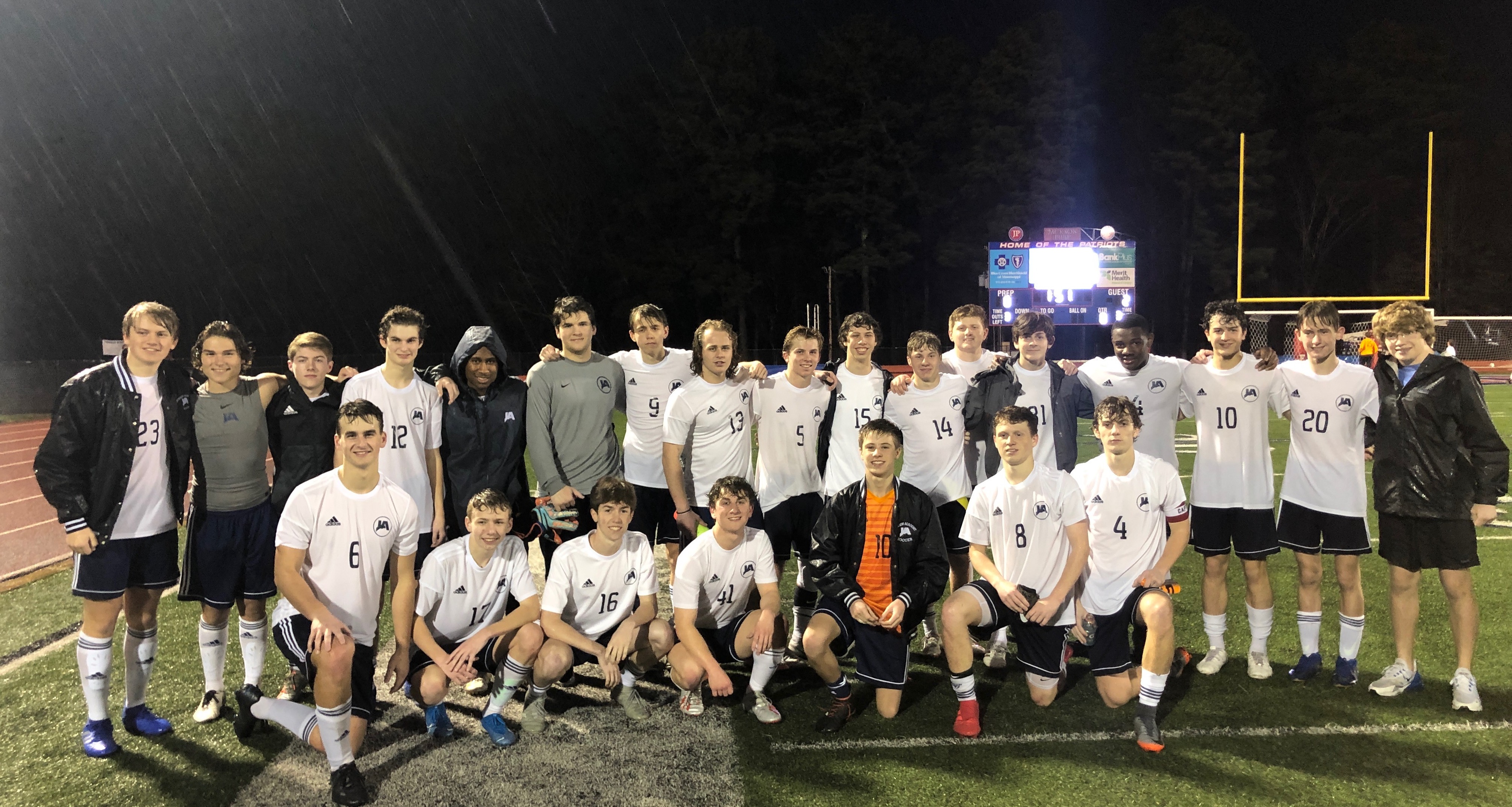 The Raiders were in Flowood on Wednesday night as heavy rain fell across the metro Jackson area just in time for kickoff between JA and Prep. The Varsity game was moved up in hopes of dodging the rain but that did not happen. The rain did not seem to bother JA as Reed Travelstead scored in the seventh minute to give the Raiders an early 1-0 advantage. The two teams slogged through the rest of the half as JA held on to their 1-0 lead at halftime. The weather conditions never improved but the scoreboard did as Andrew Harrison scored in the 65th minute to give JA a 2-0 lead that they would not relinquish. The Raiders improved to 14-1 overall and 8-1 in conference play. And if JA beats Parklane on Thursday they will secure the overall #1 seed in the State Tournament next week.

The JV Raiders had their thirteen match win streak snapped in Flowood as the Patriots rallied with a goal in stoppage time to win the game 2-1 which is where it ended. The Raider record fell to 13-1 on the season with one game left on Thursday.

JA will wrap up the regular season tomorrow as they return home for Senior Night against Parklane. The Varsity will play first at 5:00pm. The seniors will be recognized after the Varsity game and then the JV game will follow.