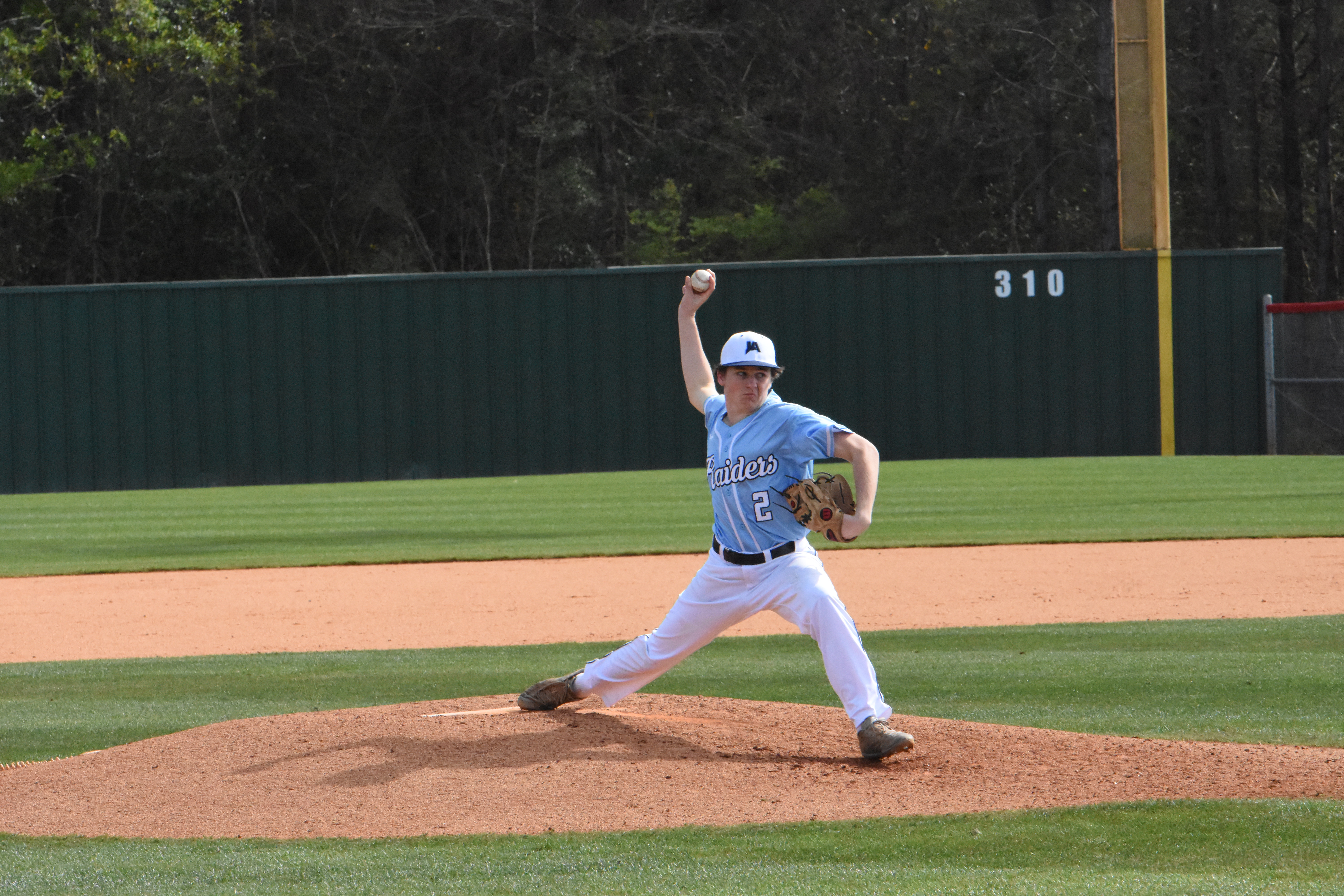 JA began play on Monday at Biloxi High School in the annual Battle at The Beach by taking on St. Benedict at Auburndale from Tennessee. The JV squad took the field first and jumped out to an early 4-0 advantage only to watch the Eagles respond with four runs of their own in the bottom of the inning. St. Benedict would take the lead with a run in the second and two more in the third. The Raiders fought back to take the lead 8-7 in the top of the fourth inning before the Eagles returned the favor with three in the bottom of the frame as they led 10-8. This tournament has a time limit and it ran out on the Raiders chances of a comeback and their record fell to 3-3 on the season.

The Varsity Raiders took the field next as they faced an Ole Miss Rebel commit in Luke Ellis. JA chased him out of the game after they dropped a four spot in the second inning to take an early 4-0 lead. The Eagles plated a single unearned run in the fourth inning and JA responded by adding four more in the bottom of the inning. The real story of the game was the pitching performance of Aden Lang. Lang nearly repeated his no-hit performance last year at The Battle At The Beach as he held the Eagles to five hits and tossed a complete game 9-1 victory to begin Spring Break for the Raiders. Henry Lee and Branson Tadlock each had two-hit games, while Land Gebhart tallied three hits as he continues to lead the team in best average. Aden Lang tossed six innings while allowing one run on five hits, while striking out six and walking one. JA improved to 4-7 on the year as they won their second in a row.