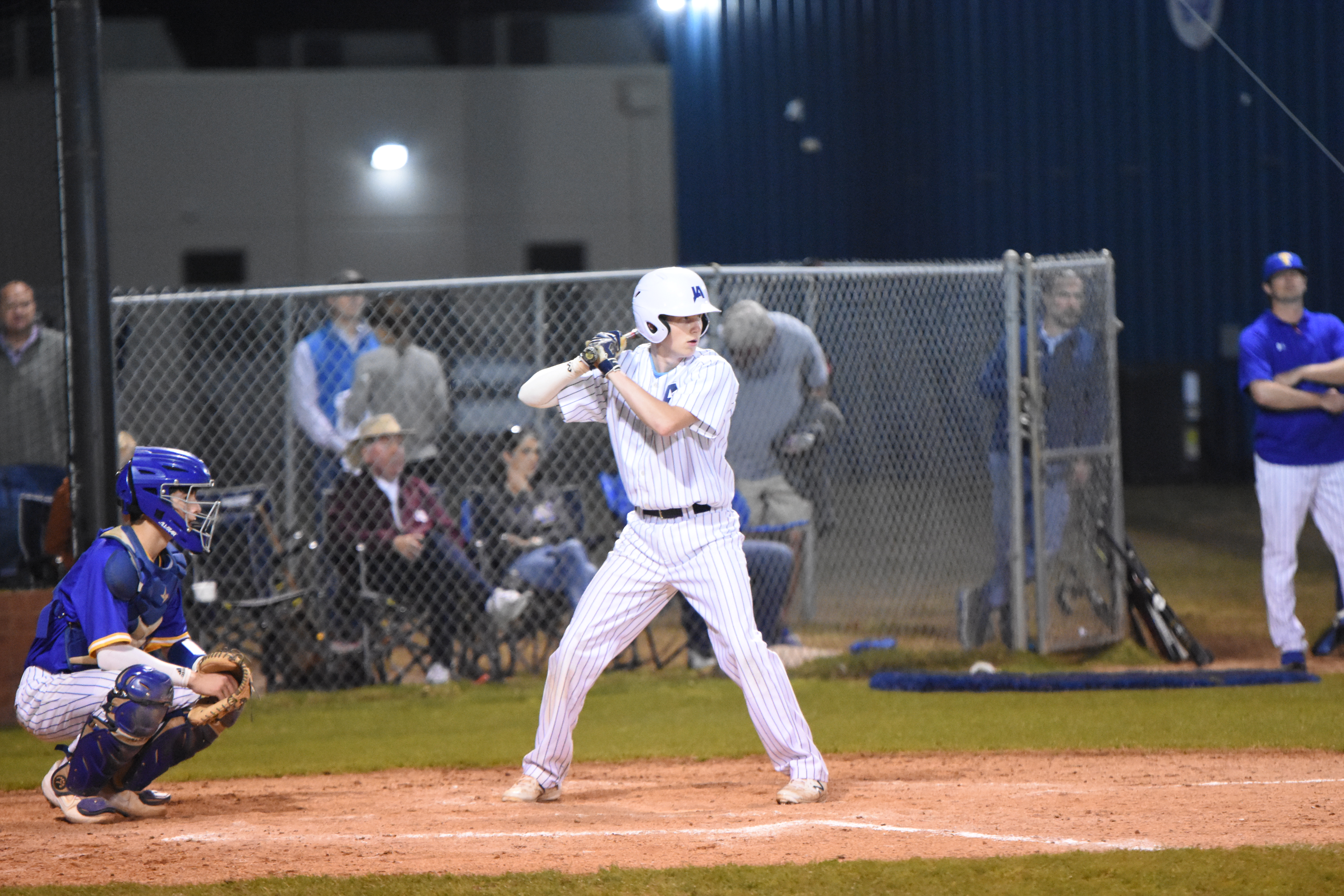 JA was scheduled to play Starkville Academy on Thursday but due to rain in the Golden Triangle the games were cancelled. So to try and get some game action before Spring Break next week, the Raiders took on Park Place Christian Academy at The Sports Force Park in Vicksburg. The Crusaders took an early 1-0 lead on a passed ball in the bottom of the first inning. JA responded with a big third inning as Land Gebhart scored the first Raider run on a throwing error by the catcher. That was followed two batters later by a two-run double by Trey Adams on the first pitch he saw.

Land Gebhart, Russell Hawkins and Trey Adams all collected multi-hit games. Jackson Conn tossed four innings of one-hit baseball while striking out seven and giving up one unearned run in the process of picking up his second win of the season as JA improved to 3-7 on the year while snapping a six game winless skid.