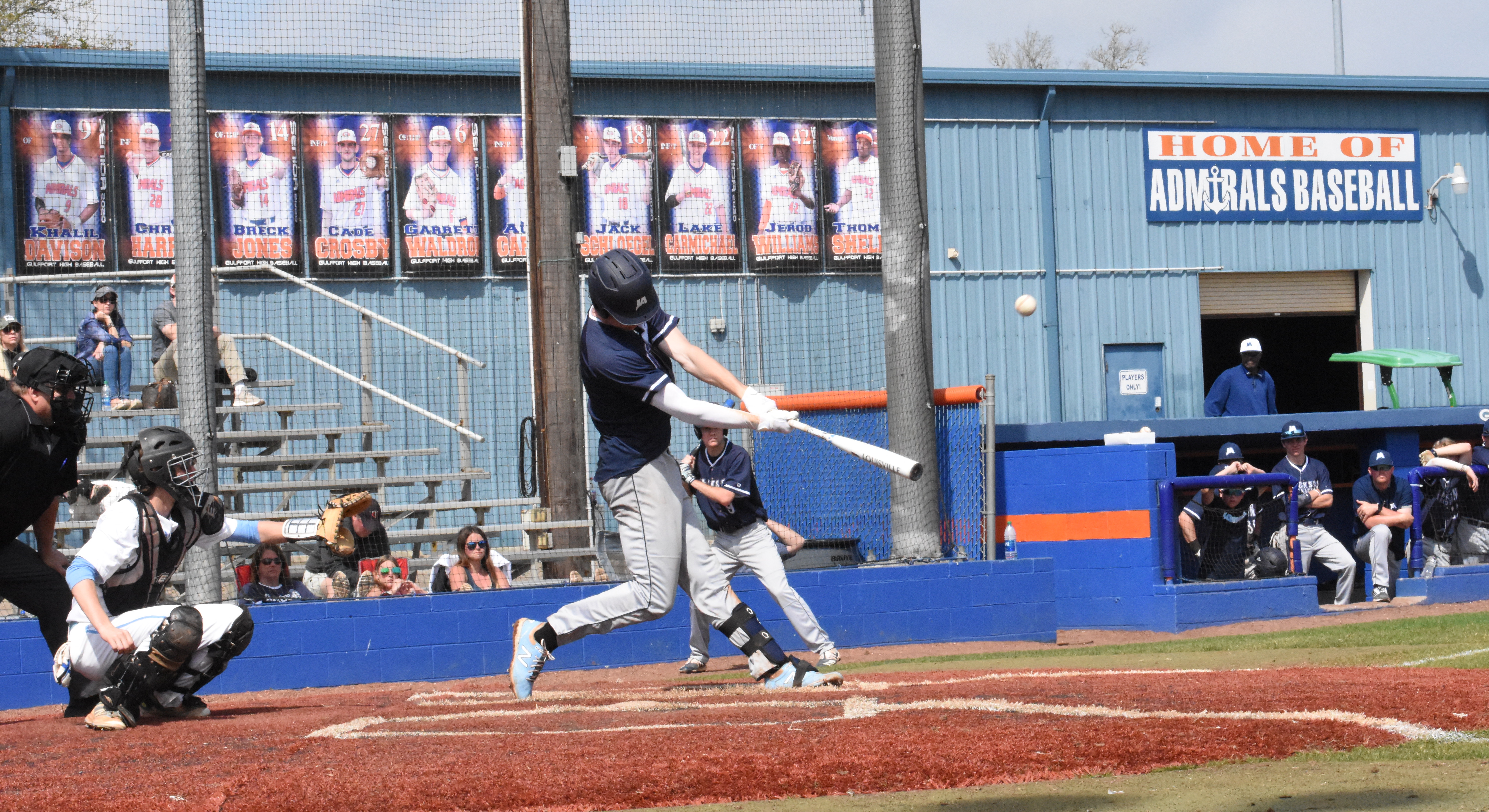 The Raiders started their last day of action in the annual Battle at The Beach on Wednesday morning as they shifted venues to Herb Wilson Field to take on Northpoint Christian School. The two teams took a little while to wake up as they played three straight scoreless innings. The Raiders got on the board first as Sims Baker smacked a two-run double to give JA a 2-0 lead. The Trojans responded with a two-out rally as they picked up back-to-back two out walks followed by a Raider error, a two-run single and bases clearing triple to give Northpoint Christian a 5-2 advantage. They would tack on a much needed insurance run in the next frame to lead 6-2. Baker collated another RBI on a groundout in the sixth to cut the lead in half, 6-3. The Trojans went to the bullpen in the final frame but the Raiders had other ideas. Henry Lee picked up a one-out walk before Jackson Conn unloaded on a pitch for his first homer of the season to trim the lead to 6-5. The Trojans closed out the game with a pair of strikeouts to shut down the Raider rally and drop the Raiders to 1-2 on the week and 4-9 overall. Conn was the only Raider to pick up a multi-hit game and 2 RBIs while Baker had 3 RBIs on the day.