Raiders Even Record at 2-2 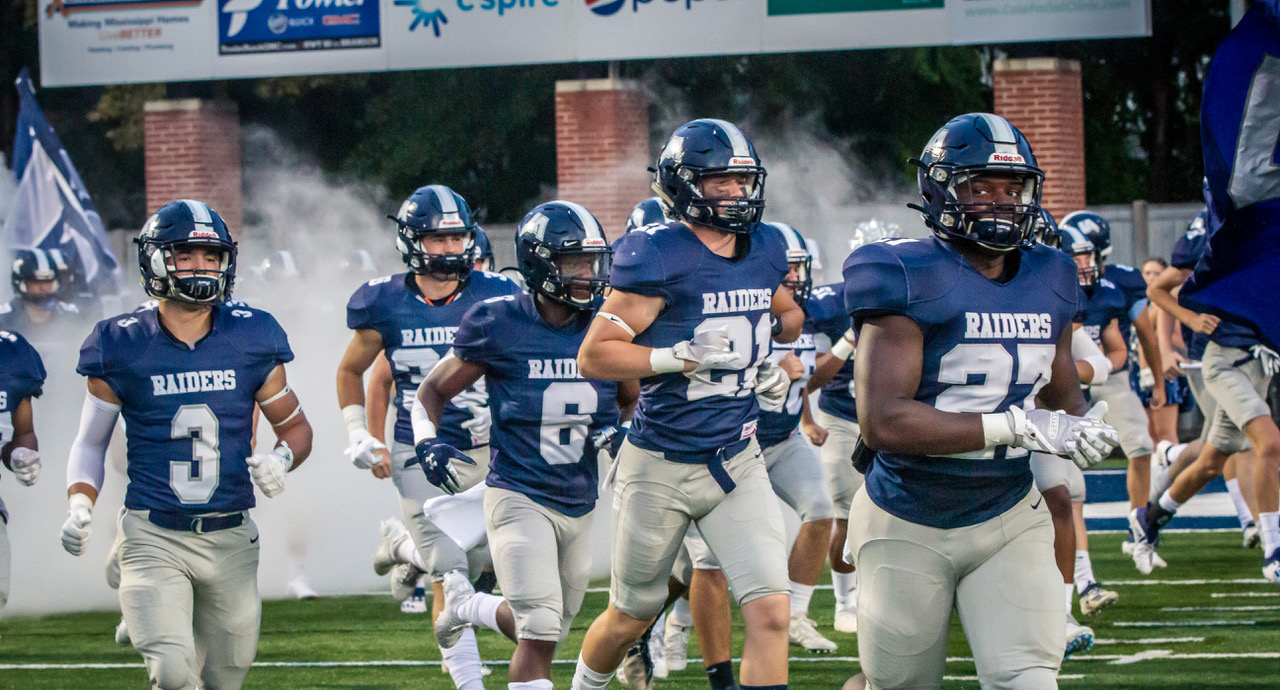 Jackson Academy played their third home game in the first four weeks of the season at The Brickyard on Friday night, as they hosted Northeast Lauderdale in the 10th meeting between the two squads. The Raiders set the stage early on the defensive end as they forced the Trojans into a punting situation on their first drive and then promptly took the ball down the field on just four plays and 78 yards for the game?s first score. After a Deion Smith jet sweep for 58 yards, Marcus Harris rushed the final 25 yards on 3 carries, capped off by his 6th touchdown run of the season.

Two possessions later, JA used the legs of Harris again as he scored from 20 yards out for his second trip to the end zone on the night. With the Raider defense holding the Trojans to just 16 total yards in the second quarter, they added a Scott Swalley 43 yard field goal and Clayton White scrambled to find Smith for his first Raider TD catch of the season to give JA a 24-0 lead at halftime.

The Raiders received the second half kickoff and it didn?t take long for JA to find the end zone again as White connected with Smith again, this time from 65 yards out, for his second touchdown of the game. Swalley capped the Raider scoring with his career-long 45 yard field goal in the closing moments of the third quarter.

Three Raiders really shined on defense as Caleb Hernandez led the team with 10 tackles (5 solo), 1 sack and TFL as well as his first interception of the season.Donovan Veasley was right behind him with 9 tackles (6 solo), with a half sack and a forced fumble. J.T. Thigpen was able to register 9 tackles as well (7 solo), and 1 tackle for loss.

JA will travel to E.J. Courtney Field next Friday night as they take on Oak Forest Academy at 7pm. Pregame on The Raider Network will begin at 6:40pm