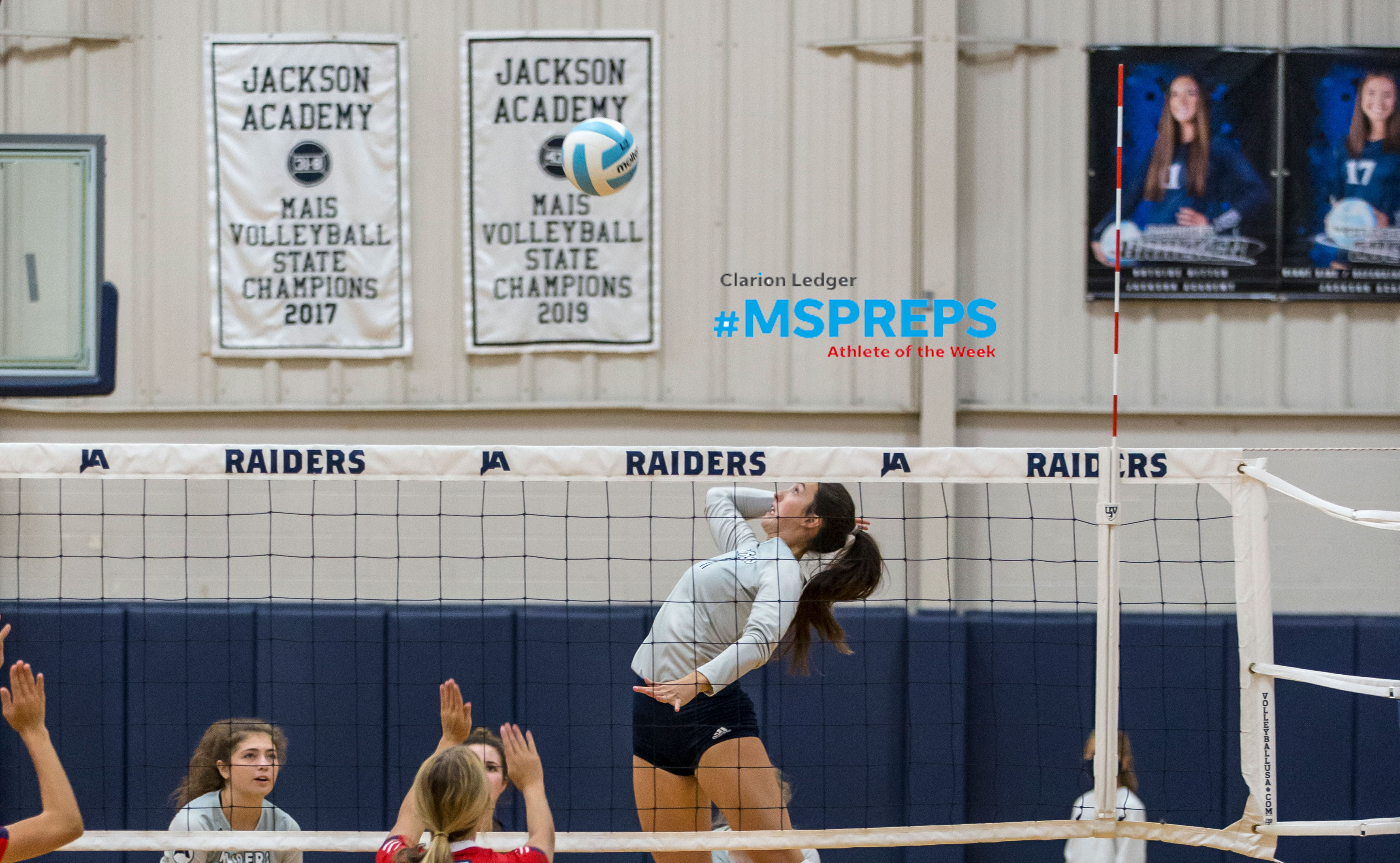 Jackson Academy is proud to once again have Parker Bracken as one of ten statewide athletes up for the Clarion Ledger #MSPreps Athlete of The Week Award. She received the nomination for her accomplishments on the court last week - 64 kills, 66 digs, 10 blocks and seven aces in wins over Hartfield, Van Cleave, Houston (TN) and Arlington (TN).

Voting is open for all sports until 4 p.m. Friday.