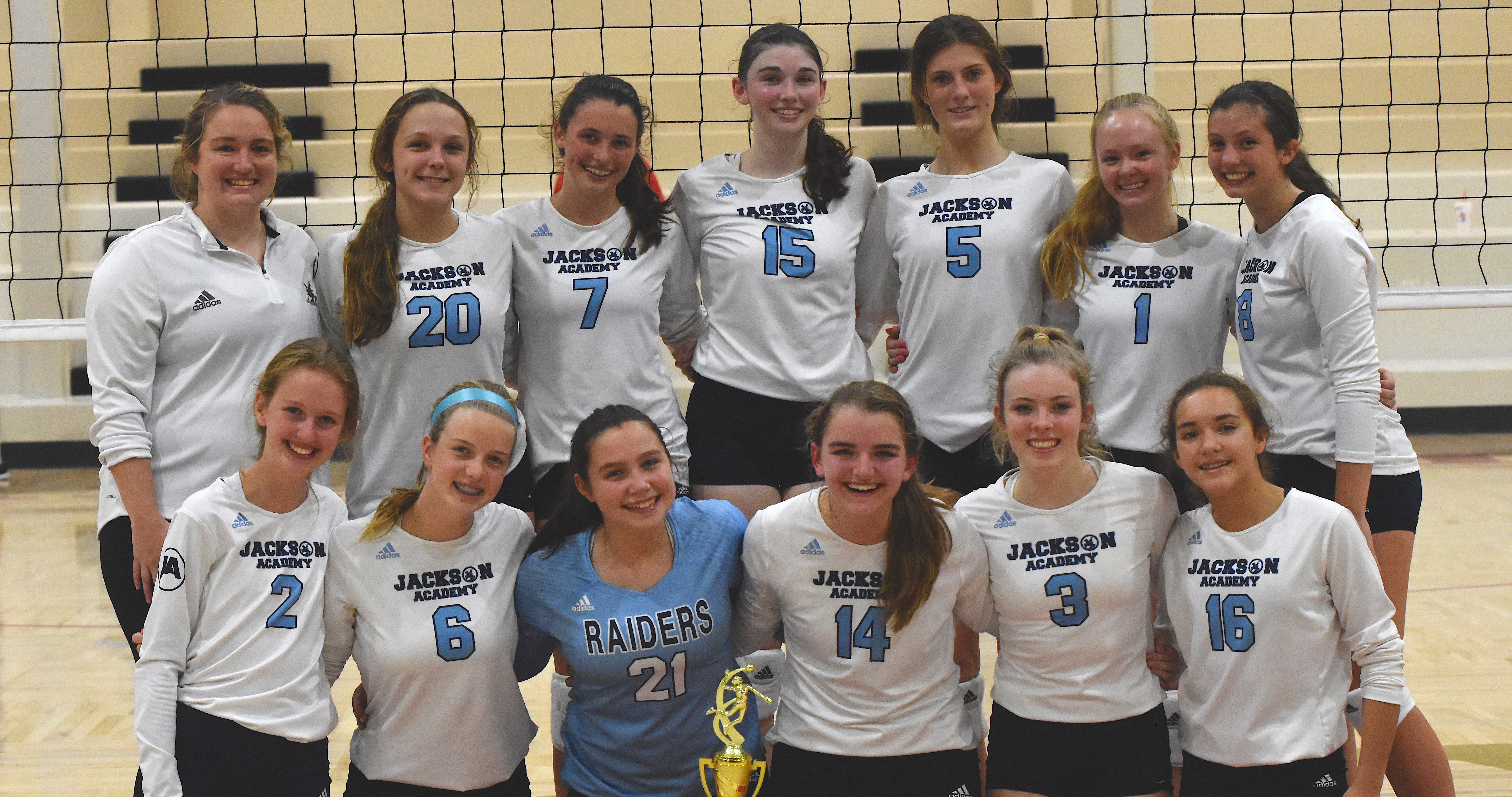 The JV Volleyball team took part in the season-ending MAIS JV Tournament at Hartfield Academy on Saturday in Flowood. The Lady Raiders entered the day on a five-game win streak to close out the regular season, with only one regular season loss. The five teams in the tournament entered Pool Play as the Lady Raiders defeated Lamar and MRA in their two matches to remain the #1 seed for Bracket Play which began in the afternoon. They took down Lamar in the Semifinals and the host Hartfield in the Championship to win the Title. They finished an impressive 19-1 on the season.

Meanwhile at The Raider Dome, the Varsity Lady Raiders hosted Clinton in a tune-up before the Overall State Tournament next week and had a highly competitive match. They dropped the first set before closing out a 3-1 win. The Lady Raiders improved to 26-4 and closed out their regular season record at The Raider Dome at 16-0.