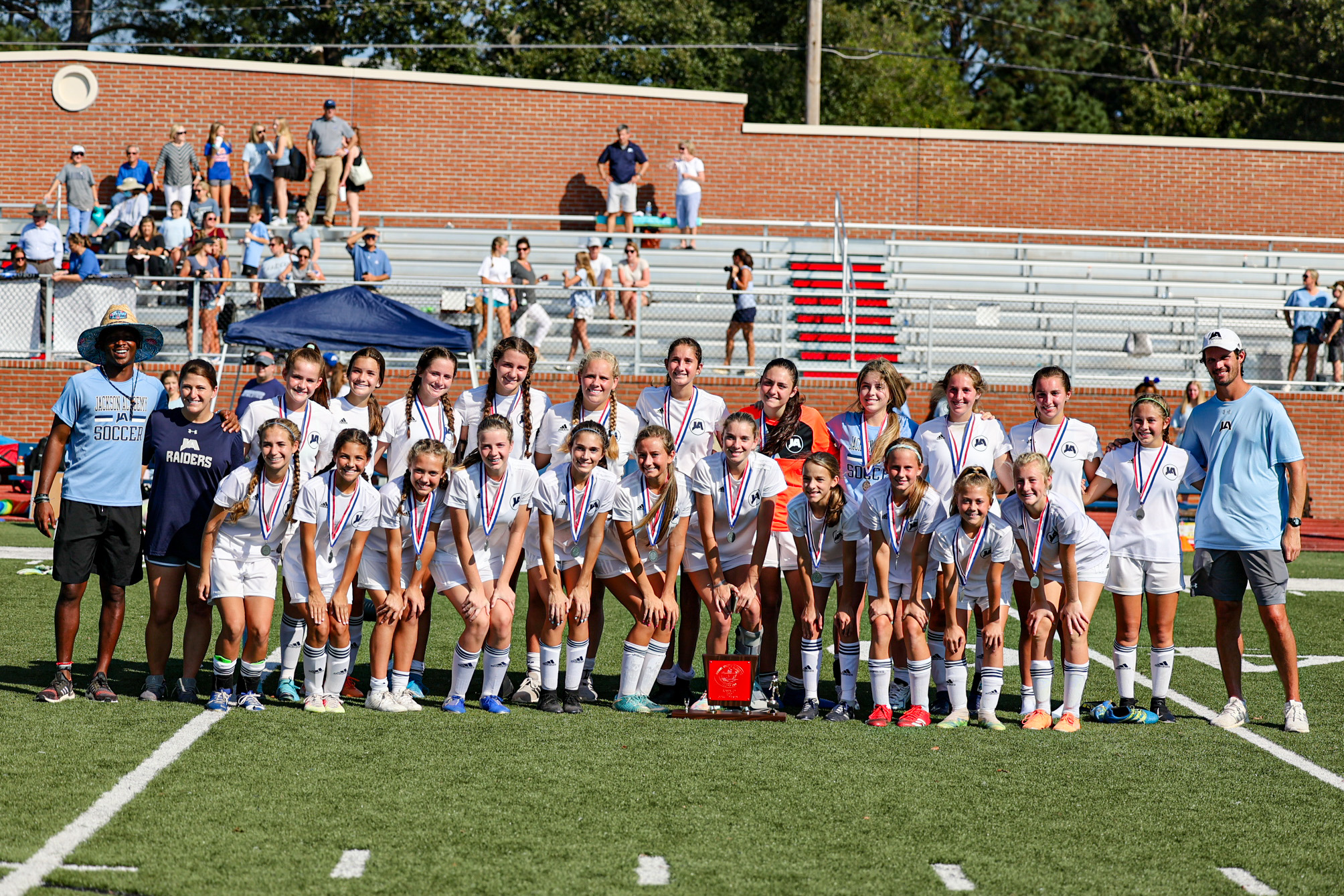 The Varsity Lady Raiders returned to a familiar place in Madison on Monday for the MAIS Division 1 Girls Soccer Championship Game. The game was moved from the previous Saturday, due to potential bad weather being brought in by Hurricane Delta. The young Lady Raider squad, coming off a thrilling double-overtime semifinal victory over MRA faced the same scenario they did in the semifinals. They lost both regular season meetings to the Lady Patriots of Prep by scores of 2-0, so maybe it would line up again for a second time in as many matches. Prep got on the board in the first 10 minutes with a goal that appeared to be offsides but it stood and JA trailed 1-0. That score stood until late in the second half, when the Lady Patriots got on the board again and provided the final margin of 2-0. Ava Couey, Addi Roberts and Lani Roberts were named to the All-Division 1 Team for their efforts this season. The Lady Raiders finished the season at 5-8-4 but showed how promising the future is for Lady Raider Soccer.