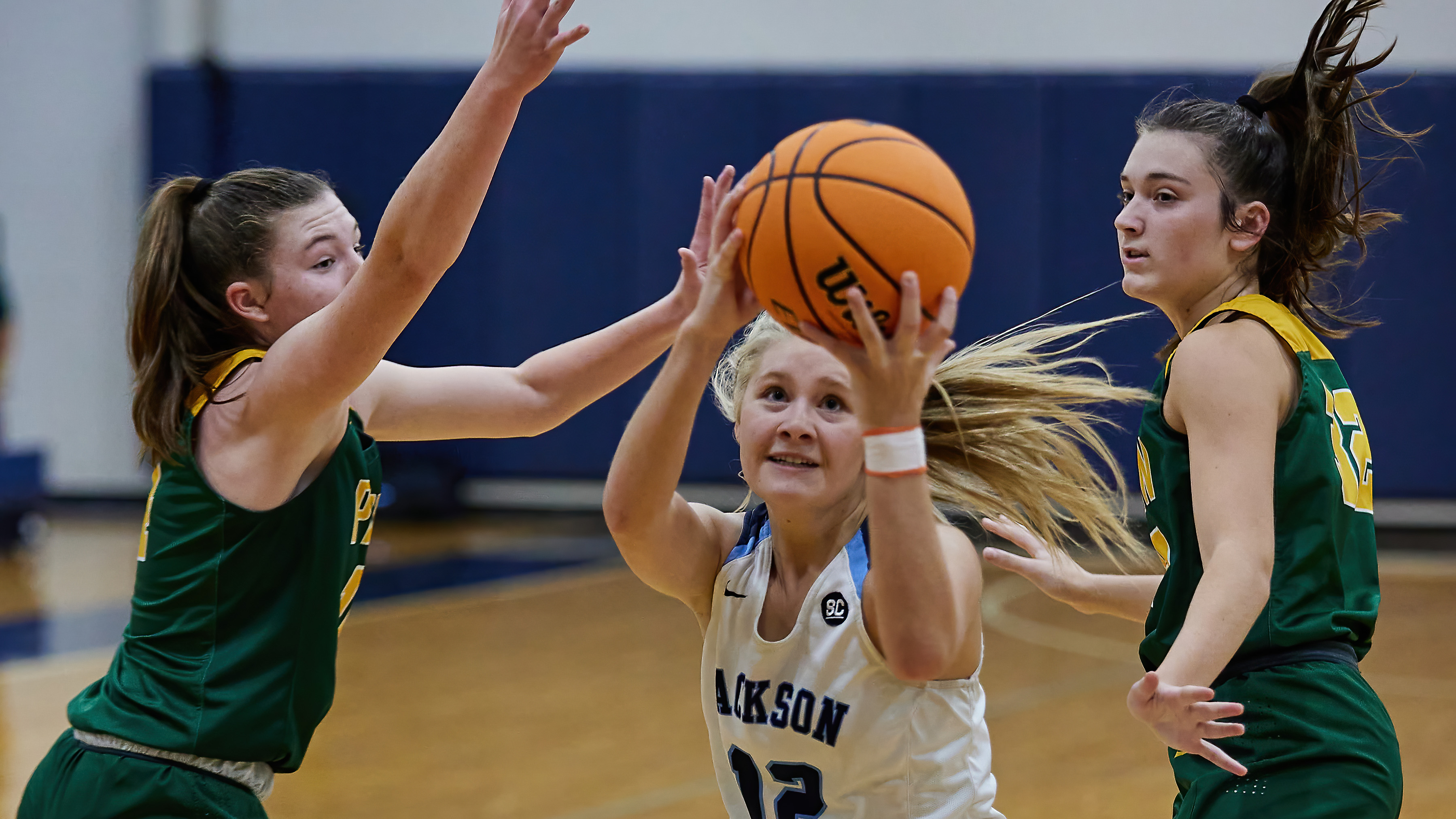 The Lady Raiders opened up their basketball season as they welcomed the defending Overall Champion Lady Mustangs of Pillow Academy to The Raider Dome. Last year the Lady Raiders lost two heartbreakers to the Lady Mustangs. The first was a regular season matchup in Greenwood that saw the Lady Raiders let a second half lead of 18 slip away in the last minute. Then in the Overall Tournament last February Pillow watched as a chance at the buzzer fell short as the eventual champs won 45-44.

On Tuesday night, the first half was a back and forth affair as the Lady Mustangs held a 16-13 lead at the break. The third quarter saw Pillow extend their lead to five before the Lady Raiders got a layup from Emily Buchanan and a three from Emma Roberts to tie things up before Elise Howard put Pillow back up by 2 heading into the final frame The Lady Raiders started the fourth quarter on a 9-0 run, while holding Pillow scoreless for over five minutes to push their lead to 30-23. JA then held on for dear life down the stretch as the Lady Mustangs closed the game on a 8-2 run but it wasn?t enough as JA held on for a thrilling 32-31 victory to start the 2020-21 season.

University Heart Players with The Most Heart
McKinna Smith scored a team high 9 points (4-9 FG, 1-2, 3PT), had 5 rebounds, and 2 assists in 23 minutes of action.