JA Advances in MAIS 6A Playoffs 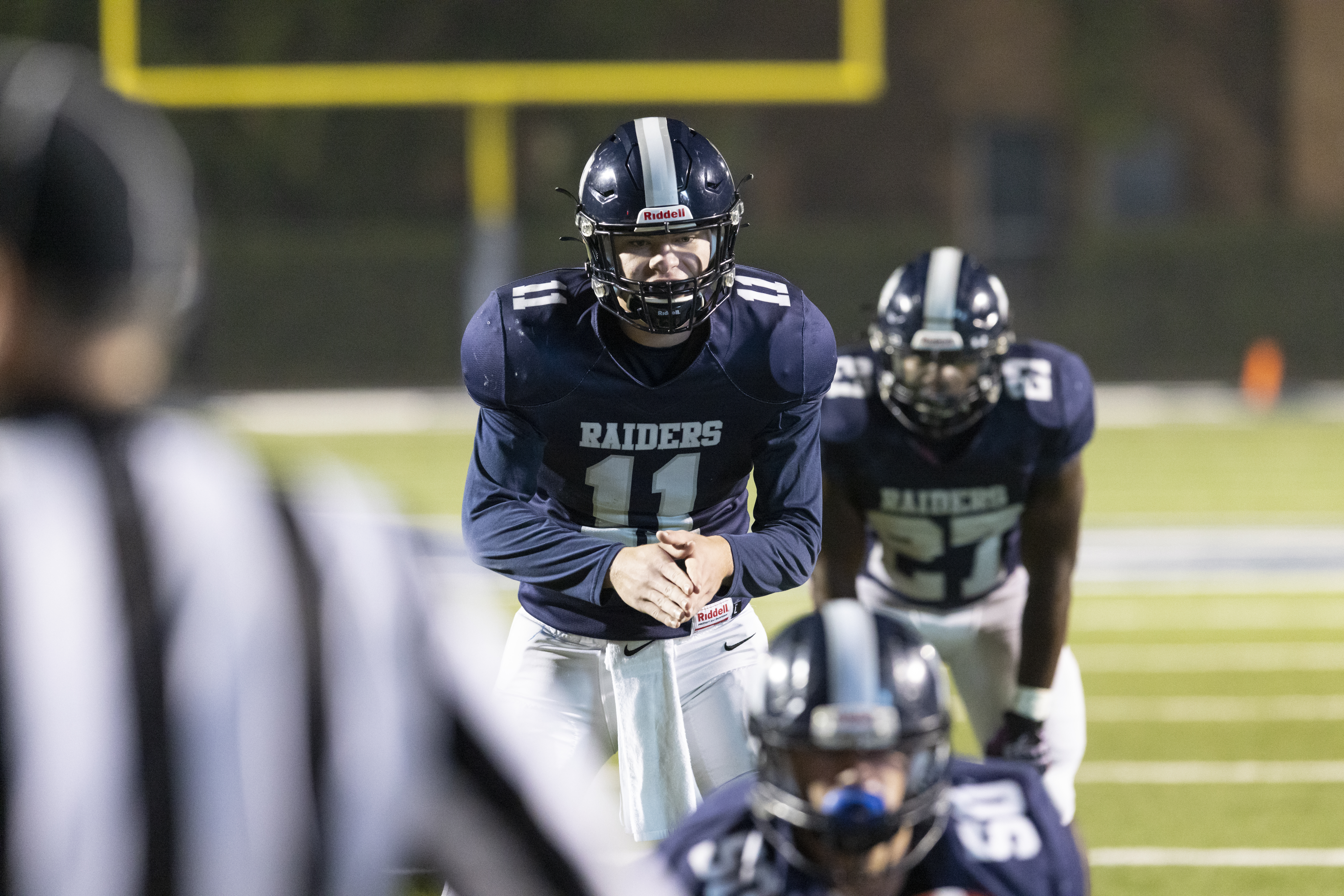 Jackson Academy began the postseason at The Brickyard as they welcomed back Parklane Academy for the thirty-first meeting between the two schools and the seventh meeting in the playoffs. The Raiders were trying to win their fifth straight against the Pioneers and twentieth overall in the series history.

The Raiders continued their string of coin tosses won to eight in a row and once again deferred their decision to the second half. Coach Lance Pogue sent his defense out on the field and they did not disappoint holding the Pioneers to a three-and-out. JA marched the ball down the field in seven plays covering 76 yards and taking 2:14 off the clock as Marcus Harris scored from 24 yards out for his 40th touchdown of his career. It set a new standard for JA rushing TDs in a career. The next defensive series saw another three-and-out which was followed by another JA scoring drive capped by a 34 yard touchdown catch by Dan Smith from Jackson Conn to give JA a 14-0 lead. In the second quarter the lone score came off another Conn pass, this time to Drew Antici from 6 yards out as JA led 21-0 at halftime. The Raiders held Parklane to just 83 yards in the first half, while collecting 244 total yards.

The second half started with an attempted onside kick that J.J. Banks recovered to give JA a short field. They would capitalize in just 91 seconds as Harris found the end zone for the second time on the night giving him his 15th 100 yard game of his career. The final JA score came from a familiar pair as Conn hooked up with Dan Smith again from 11 yards out to start the running clock. The lone Pioneers score came off a blocked field goal that was returned 75 yards for a touchdown by Conner Putfark. With a fifth straight win, JA improved their record to 9-3 and earned a ticket to Flowood.

Defensive leaders for the game for JA were Caleb Hernandez as he led the team with 10 tackles (6 solo). Parker Ryan tallied 8 tackles (3 Solo), and 1 TFL. Ethan Archie also finished with 8 tackles (3 solo), and a Forced Fumble.

JA travels to Patriot Field next Friday night as they advance to the MAIS 6A Semifinals by taking on Jackson Prep for the second time this season at 7pm. Pregame on The Raider Network will begin at 6:40pm