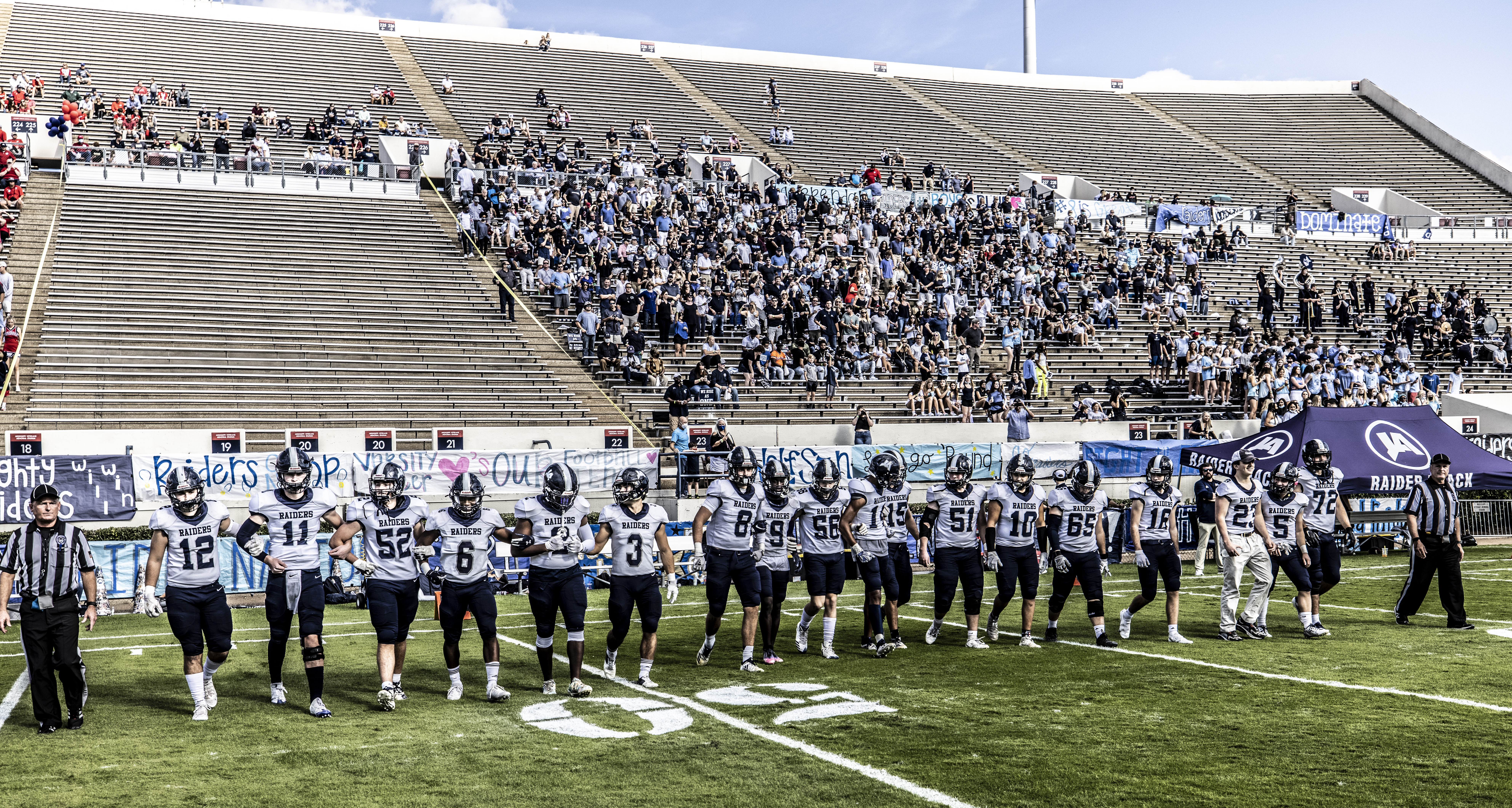 Jackson Academy made it to the State Championship Game for the first time since 2013 as they were looking for the 10th State Title in school history and first since 2011. This was the 44th meeting between the two schools and the fifth meeting in the playoffs. The Raiders were seeking to stop a three game losing skid to the Patriots.

For the second straight game the Raiders did not win the coin toss and the Raiders were set to receive the kickoff. Lardarius Webb, Jr. returned the opening kick almost all the way to midfield to set up the Raiders with great field position but the Raiders went three-and-out and punted to MRA. The Raider defense stood firm and forced a quick three-and-out against MRA. Then each team turned the ball over on downs which set up JA with a short field at their own 47 yard line. Marcus Harris caught the first touchdown pass in his career on a wheel route from Jackson Conn to put the Raiders up 7-0, which they held onto until the second quarter when the Pats offense woke up. They drove the ball quickly down the field on six plays and tied the game at 7-7. The final five drives of the half for the Raiders resulted in just 34 yards while the Patriots took the upper hand into the locker room with a 21-7 lead.

The second half belonged to the Patriots from Madison as well as they extended the lead to 34-7 with a pair of TDs. Harris capped the scoring for the Raiders as the junior scored from 5 yards out to finish off his stellar season. JA completed the season at 10-4 which marks their first ten win season since 2013.