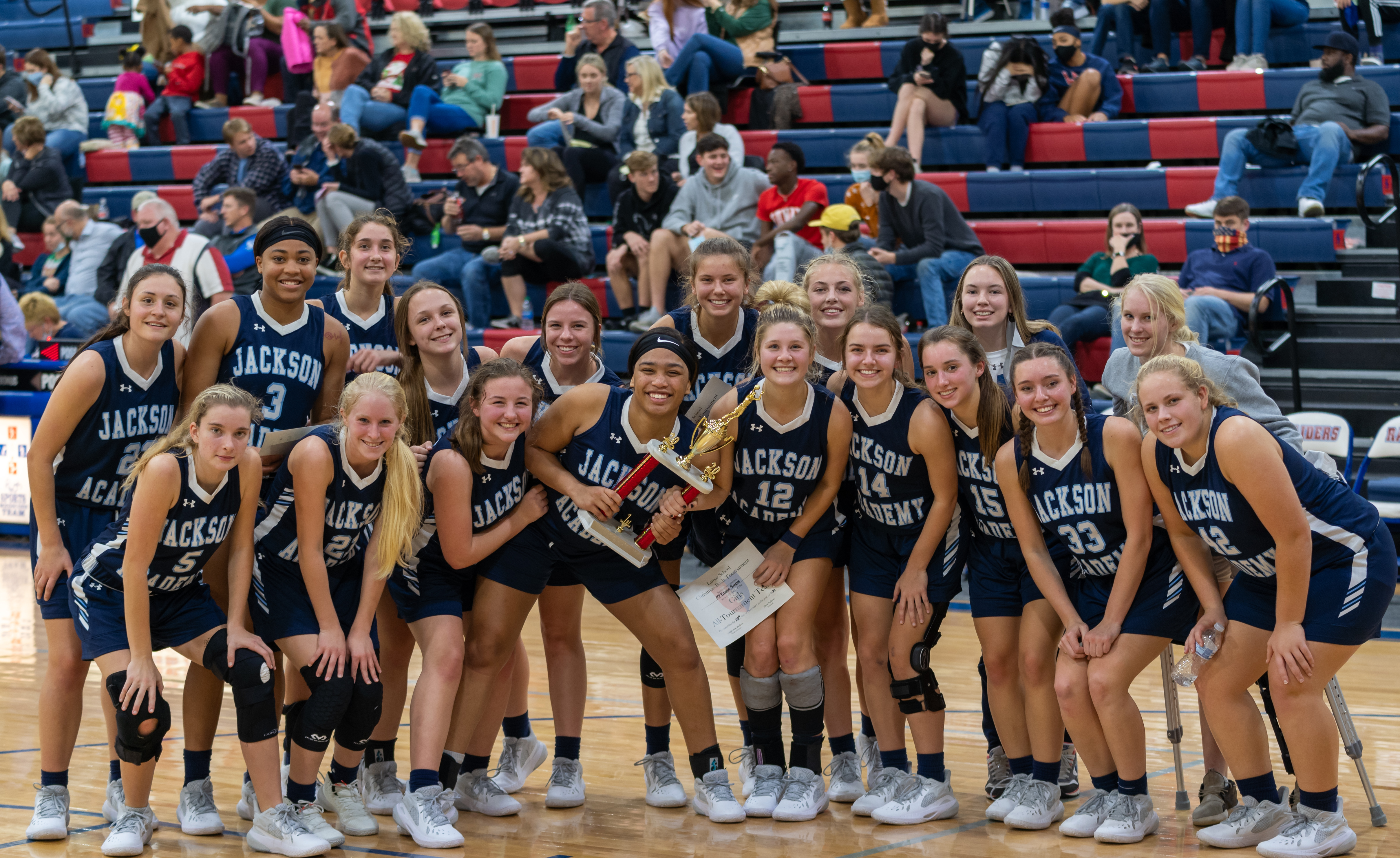 The Lady Raiders closed out 2020 with a visit to Meridian as they took part in the Lamar School Christmas Bash. On Monday they took on Laurel Christian School and had a dominant performance in a 56-21 victory as Nae Nae Ellis led the way with 16 points on 7-for-10 shooting and 5 rebounds. The Lady Raiders gave up the first three points to the Lady Lions but scored the next nineteen to take command of the game. Emily Buchanan was second in scoring with 11 points on 3-for-6 three point shooting. Eight other Lady Raiders got involved in the scoring as JA was able to move to the Semifinals.

On Tuesday afternoon, JA jumped out to a 14-0 lead before Newton County Academy could even blink. The Lady Raiders led 19-5 after a quarter and 42-14 at the half. What was even more impressive was the final quarter was played with a running clock and the third string on the floor for JA and they outscored the Lady Generals 11-0 in that frame. McKinna Smith was among three Lady Raiders in double figures with 16 points. Buchanan and Ellis each added 11.

On Wednesday night in the Championship Game the Lady Raiders took on Union High School, who entered the game with a 10-game win streak, while the Lady Raiders had a four game streak of their own. JA kept their amazing pace up as they jumped out to a 16-6 lead at the end of eight minutes and never looked back. JA would lead by as many as 31 in the contest as the suffocating Lady Raider defense limited the Lady Yellow Jackets to just 8-for-36 shooting and they out rebounded Union 38-17 en route to the Lamar School Christmas Bash Championship with a 53-25 victory. Emily Buchanan, McKinna Smith and Nae Nae Ellis were all named to the All-Tournament Team with Ellis earning Tourney MVP honors.

Game 3 - Emily Buchanan 6 points (2-2 3PT) and had 4 rebounds and 2 assists in 13 minutes of action off the bench.
For full stats of the game Click Here