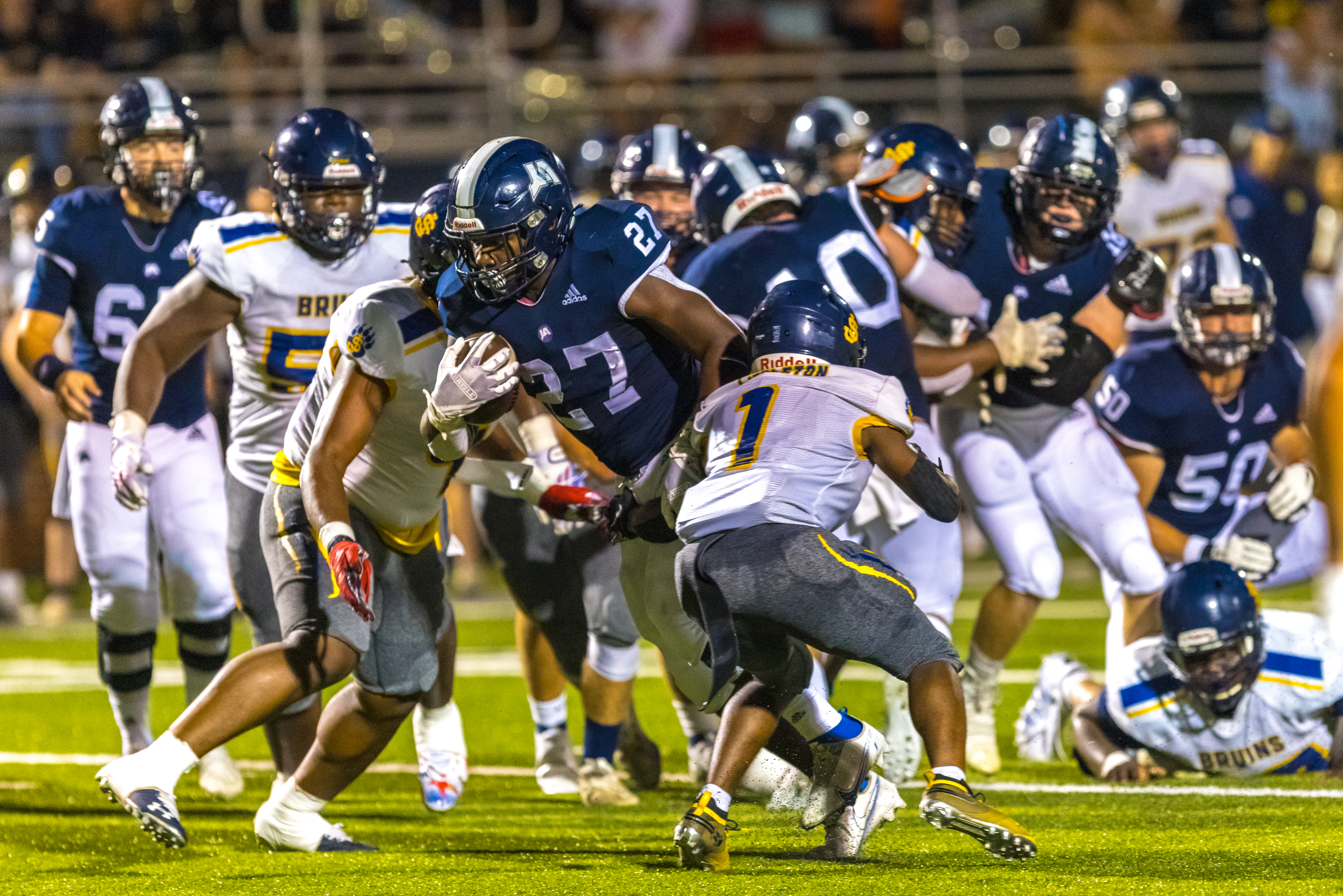 After a week off from football, the Raiders and their fans were hungry to get back into action as they hosted St. Joseph from Madison at The Brickyard on Friday night. It marked just the third meeting between the two schools and the first time that they would matchup as MAIS opponents. The Raiders got off to a good start as Kris Robinson took the opening kickoff all the way to the Bruin 42 yard line. Three plays later Tate Collins found Dakota Jordan for his first TD of the night from 26 yards out. JA would score on three of their first five possessions as Jordan and Collins hooked up again from 36 yards out for a 14-0 lead. The first quarter was all about Collins and Jordan while the second quarter was the Marcus Harris show as he ran in two scores to five JA a 28-0 halftime advantage.

The second half started with the final score by JA that would start the running clock for the second time this season as Harris scored his third TD of the game, the fourth time in his career to post a three touchdown performance. The defensive starters were then pulled and the Bruins were able to finally get on the scoreboard with two late TDs including one that ended the game. Dakota Jordan had his second 100 yard receiving game as a Raider. Tate Collins threw for almost 150 yards while Marcus Harris had his 18th game with at least 100 yards rushing. The defense was dominant once again as the starters held St Joe to 176 total yards and no points.

Defensive leaders for the game for JA were Banks Whittington for the second straight game had a game-high 12 tackles (4 solo) and a PBU. Max Walenta tallied 10 tackles (8 Solo), 4 tackles for loss and 2.5 sacks. Ethan Archie and Porter Harrell finished with 9 and 8 tackles respectively.

JA heads to Madison for their conference opener against MRA with a 7pm kickoff. Pregame on The Raider Network will begin at 6:40pm