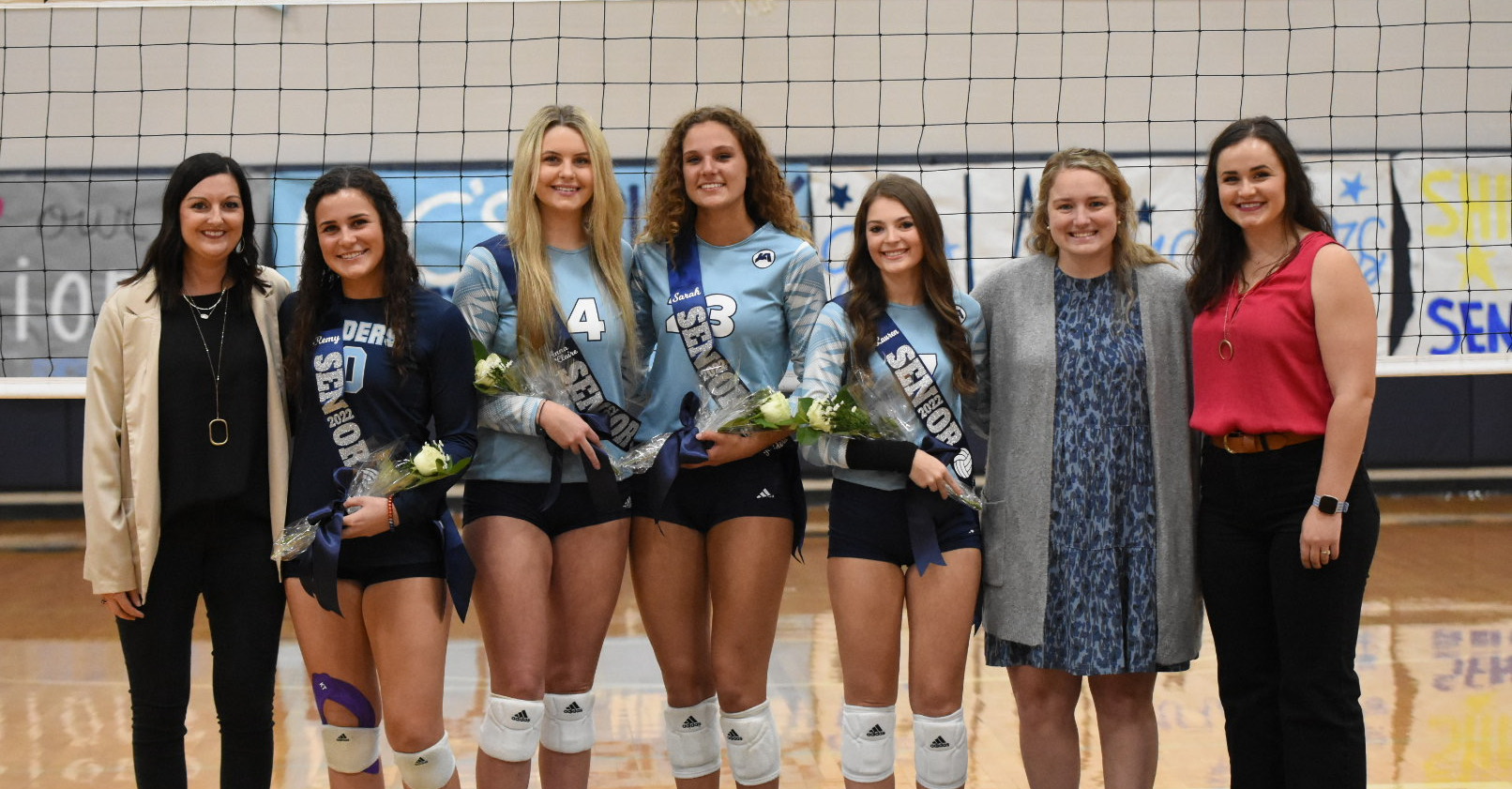 This Volleyball season has seen a couple of milestones - 1,000 digs by Remy Jones and 2,000 career kills by Lakin Laurendine. The Lady Raiders had a chance to add to another amazing milestone, the home record that they have been a part of, as they won their 47th straight game at The Raider Dome on Senior Night. Before the Varsity match the JV squad won easily over the Lady Cougars in their final tune-up before the JV Tournament on Saturday. The four seniors had a chance to share their thoughts about their families, coaches and teammates as each recorded a speech that was shared after they were introduced. Your four Lady Raider Volleyball Seniors are Anna Claire Sheffield, Lauren Fairley, Remy Jones and Sarah Carnathan.

Next up for JA Volleyball is the year-end JV Tournament on Saturday at Hartfield, while the Varsity Lady Raiders will host Dominican at 10:00am at The Raider Dome.

Lady Raider Soccer began their postseason run at a fifth State Title as they hosted Parklane Academy at The Brickyard. The Lady Raiders got off to a fast start scoring in the first minute of action and not letting up until they finished off the Lady Pioneers early with a score of 11-0. JA finished with a 6-1 home record on the season and improved to 15-4-1 overall. They will now head to Hartfield Academy for a Semifinal matchup at 7:00pm.