Great Night To Be A Raider 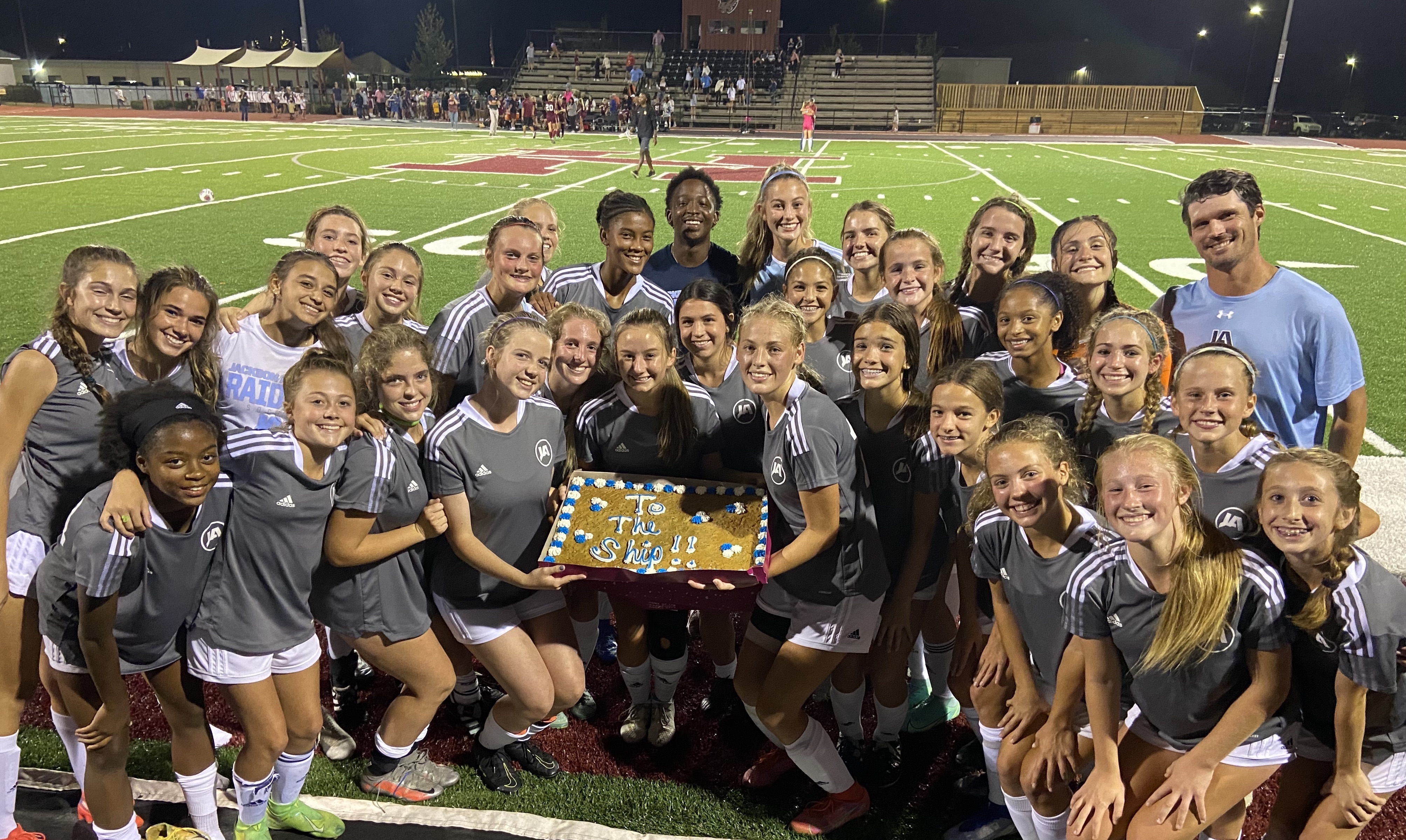 Thursday was a good day in JA Athletics as two of the three teams competing came out victorious in big matchups. It started with both JV teams trying to take down MRA in JV Football. The B-Team was unable to get over the hump as they lost their first game of the season falling to 6-1 with a 14-0 loss the Patriots. The JV Patriots held a 14-0 lead going into the late stages of the fourth quarter until the Patriots scored with 3:32 left in the game. They would recover the onside kick and drive it right down the field and score in just over a minute. The Raiders would deny the two-point conversion and force MRA to try another onside kick, which the Raiders would recover. After a penalty denied the Raiders a clinching first down run JA would punt it back to MRA with 1:04 remaining in the game. MRA would drive it nearly the length of the field to set up the final play of the game with two seconds left from the JA 28 year line. DJ Watkins ended the game with an interception in the end zone to help JA remain perfect on the season at 7-0. Next Thursday they will travel to Jackson Prep for the final game of the season as they take on the Patriots at 5:30pm and 6:45pm.

The Varsity Lady Raider Soccer Team was in Flowood as they battled Hartfield Academy in the rubber match of the season as the two teams split the regular season series with each team winning on their own field. JA trailed 1-0 at halftime and didn?t score the equalizing goal until late in regulation when Lani Roberts headed in the tying goal. Then in stoppage time, the Lady Raiders drew a penalty in the box and Addison Comer drove home the final goal to send JA to the State Championship game next Monday at 4:00pm at Jackson Prep against the host Lady Patriiots.