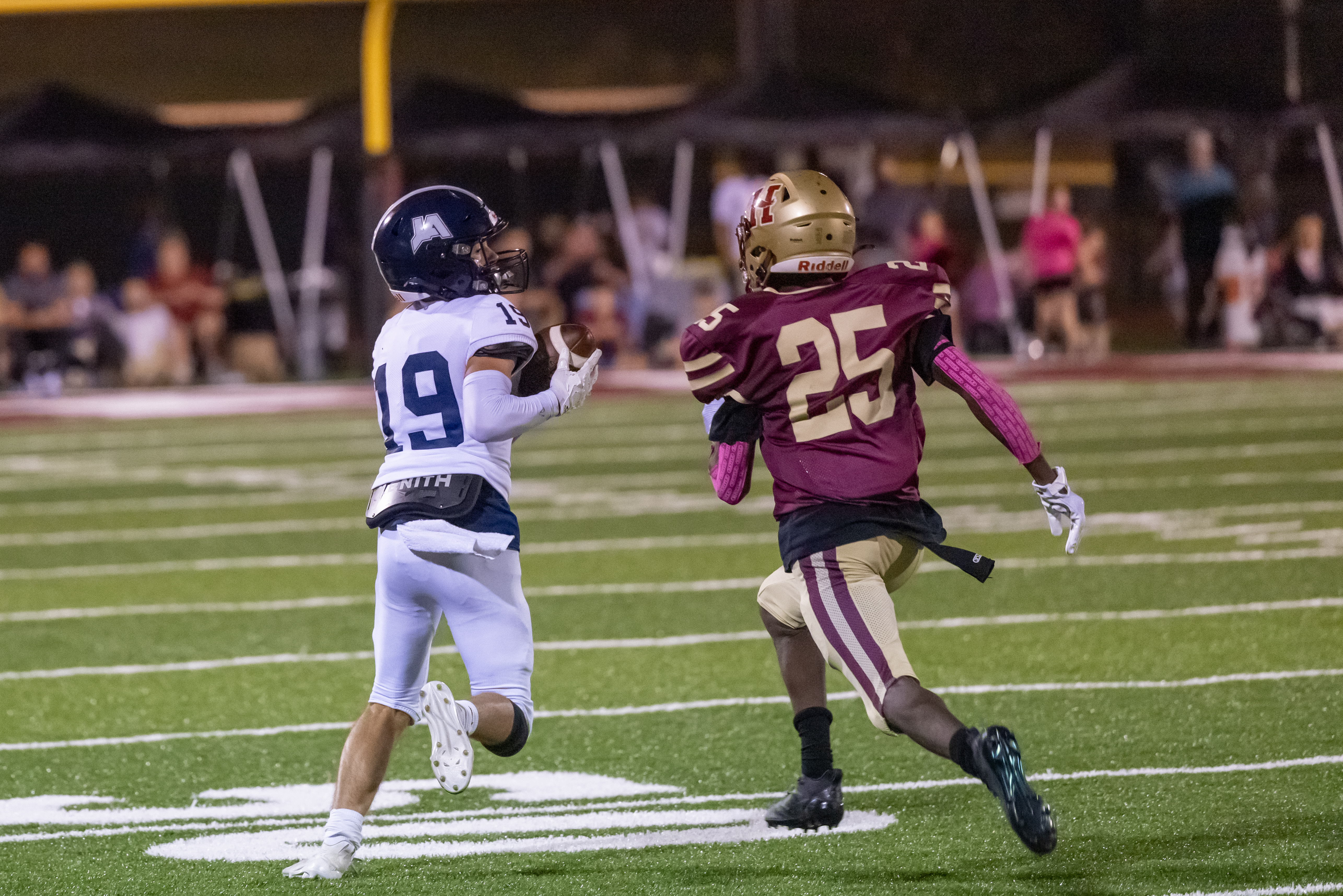 The Raiders were back on the road trying to get back in the win column against the undefeated Hartfield Hawks. Hartfield is in their first season in 6A Football in just their 10th year in school history. The two teams have met twice before with JA wining both matchups in convincing fashion. This matchup would be a nail-biter the whole way. After exchanging punts on the first two series Hartfield would get the first points on a nine play drive that would be capped off by a Weston Adcock 31 yard Field Goal. Both teams continued to struggle to move the football, but JA continued to moved the Hawks back in field position eventually pushing them back to their own 1 yard line. Denym Mitchell got the Raiders on the board first with the first pick six of the season as he ran it in from 19 yards away to put JA in front 7-3. JA left some points on the board with a missed field goal and a drive that ended in an interception.The two teams headed into the locker room with JA leading 7-3. The second half began with four straight punts and then JA capitalized with a short field and added to the lead on an eight play, 36 yard drive that was capped off by a Marcus Harris 3 yard run. Hartfield answered with an 8 play, 66 yard drive as Cruz Garner scored on a three yard run. After a JA fumble, the Hawks punched it in again with Cruz Garner giving Hartfield their second lead of the game at 17-14. JA closed out the scoring on the first play of their next drive as Trey Adams found Merritt Nations on an 87-yard strike. The Raiders moved to 5-2 and 1-1 in conference play. Hartfield dropped their first game of the year and moved to 7-1 and 2-1 in 6A play.

JA returns to The Brickyard as they face their cross-town rival Jackson Prep with a 7pm kickoff. Pregame on The Raider Network will begin at 6:40pm