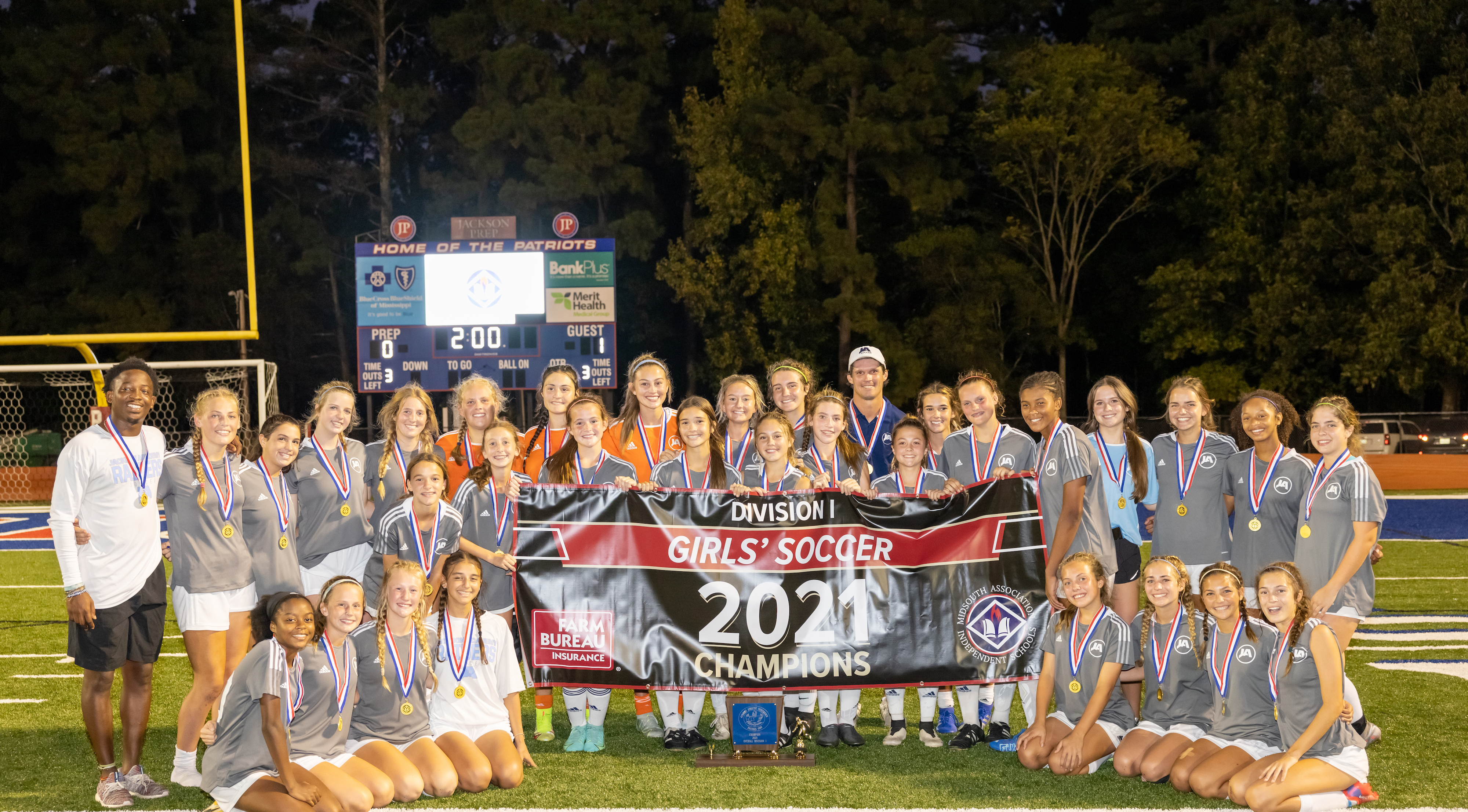 Normally Rivalry Week is reserved for just a single contest between JA and Prep. This week is slightly different as there is a potential for five matchups this week in soccer, volleyball and football. It all began with a Championship matchup in Division 1 Soccer as the Lady Raiders tried to prevent a third straight Title for Jackson Prep. The two rivals split the regular season series with each team winning on the opposing field. The main storyline was the play of the goalies for both sides as Addi Roberts (JA) and Madeleine Black (Prep) stopped everything they faced in the first two halves and into the second half of Overtime. The Lady Raiders finally broke through on an amazing touch pass from Addison Comer as Caroline Wier found the bottom left corner to put the Lady Raiders up 1-0 in the 97th minute. JA was able to fend off the final attacks from the Lady Patriots and win the first Girls Title for Phillip Buffington as he also won the Boys Title earlier this year. JA finished at 17-4-1 and won the fifth state title in school history.