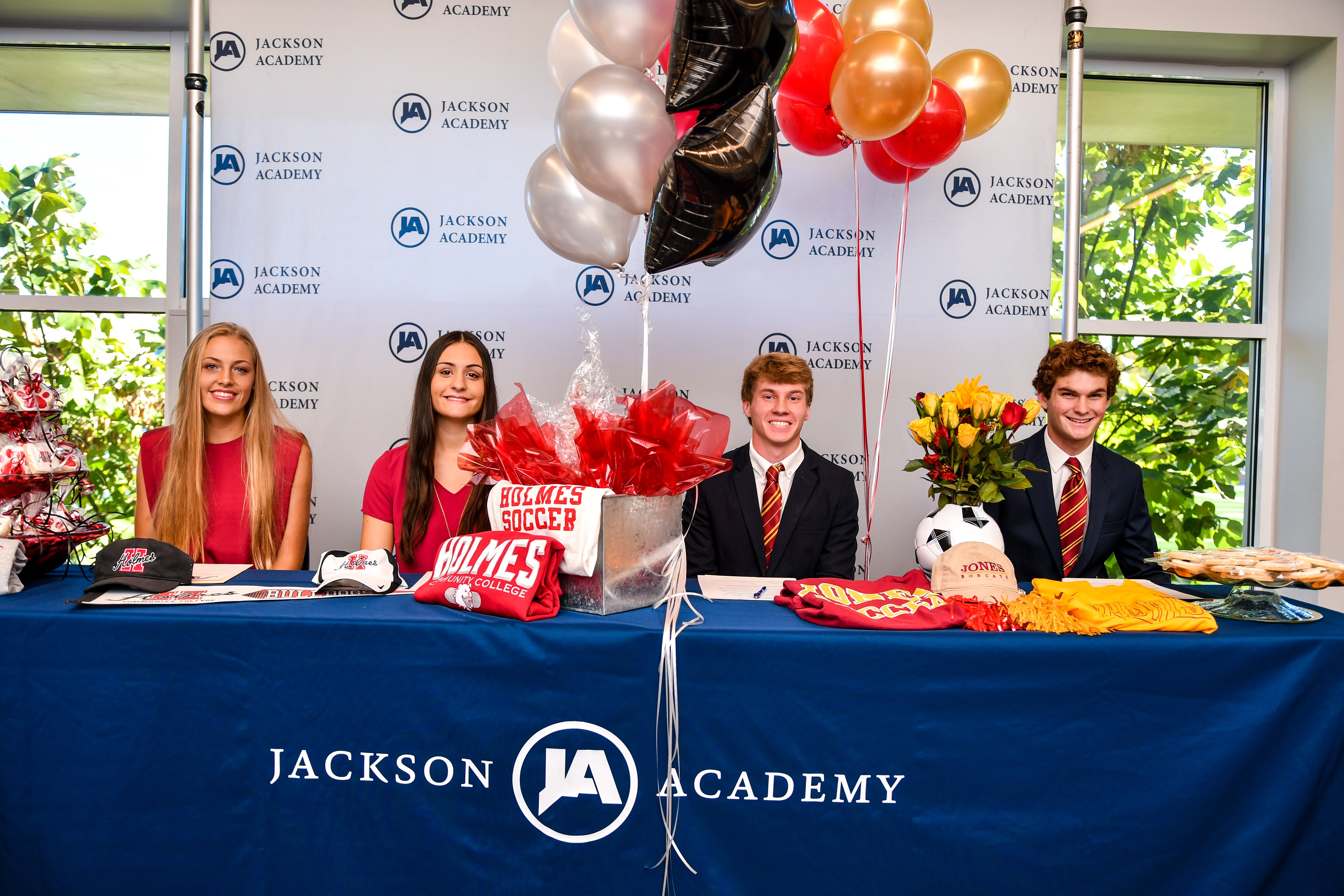 Jackson Academy had a banner day for the Class of 2022 on Monday as four special seniors signed papers that will be allow them to continue their academic and athletic careers next year at Jones College and Holmes Community College. These are the first (but certainly not the last) athletic signings for this school year. One amazing fact is that all four of these players are current State Champions as just three weeks ago the Lady Raiders beat Prep for the Title and the Boys accomplished the same feat this past February.

Samuel Hadley - the son of Katrice and Jeff Hadley. Samuel has played club soccer since the age of 4. He has played with MS Rush the last 5 years, and he has been a member of the JA soccer team since 7th grade. And he is also a member of the Gaffa Squad. Samuel signed with Jones College to continue his soccer career.

Banks McNair - the son of Melodi and Tim McNair. Banks has been on the JA soccer team since the 7th grade.He received the Best Defender Award in 9th grade and the Raider Award for Soccer last year. He has been named MAIS All Conference each of the last two seasons. He is a current member of the Mississippi Rush United Soccer team and the Mississippi Blues Soccer Team. He has been on the Varsity team since the 8th grade. Banks also signed on with Jones College to further his academic and soccer career.

Congratulations again to all four of you and thank you for how you represent Jackson Academy on and off the field. Good luck to all of you in your future endeavors.