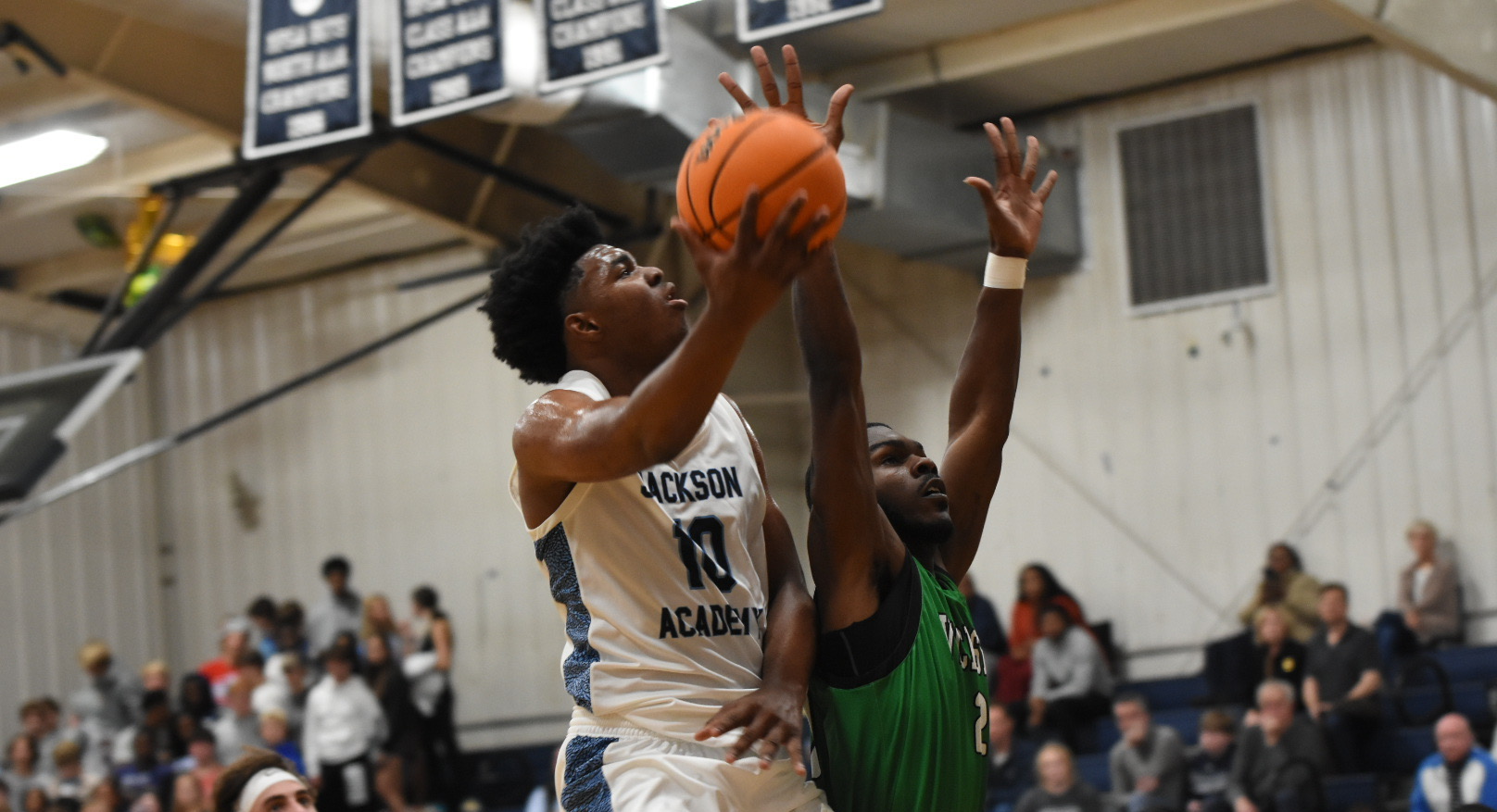 The Raiders welcomed Vicksburg High School to The Raider Dome for their home opener to start the 2021-22 season and the two teams would battle to the end in this one. In the first minute the Raiders brought the house down with dunks on each of their first two possessions. Josh Holman threw the first one down on a pass from Graham Stevens, while the second dunk was from Kam Beverly on a beautiful pass from Ellis Bates as they Raiders led quickly by four. JA would push the lead to 7 before the Gators trimmed it down to two by the end of the quarter. In the second the two teams would trade free throws and jumpers as the Gators connected on back-to-back three pointers to end the first half with a three point edge. After halftime the Raiders tied the game at 28-28 before Vicksburg finished the quarter on an 18-11 run to push the lead to seven. After the Gators pushed it to an eight point lead with just over five minutes remaining, JA managed to get the game down to one possession with under a minute to play as Beverly scored six straight but missed on a game-tying three pointer which led Vicksburg to a free throw and offensive rebounds that secured the win and dropped JA to 1-1 on the year.