Raiders Advance to Semis with 40-14 Win 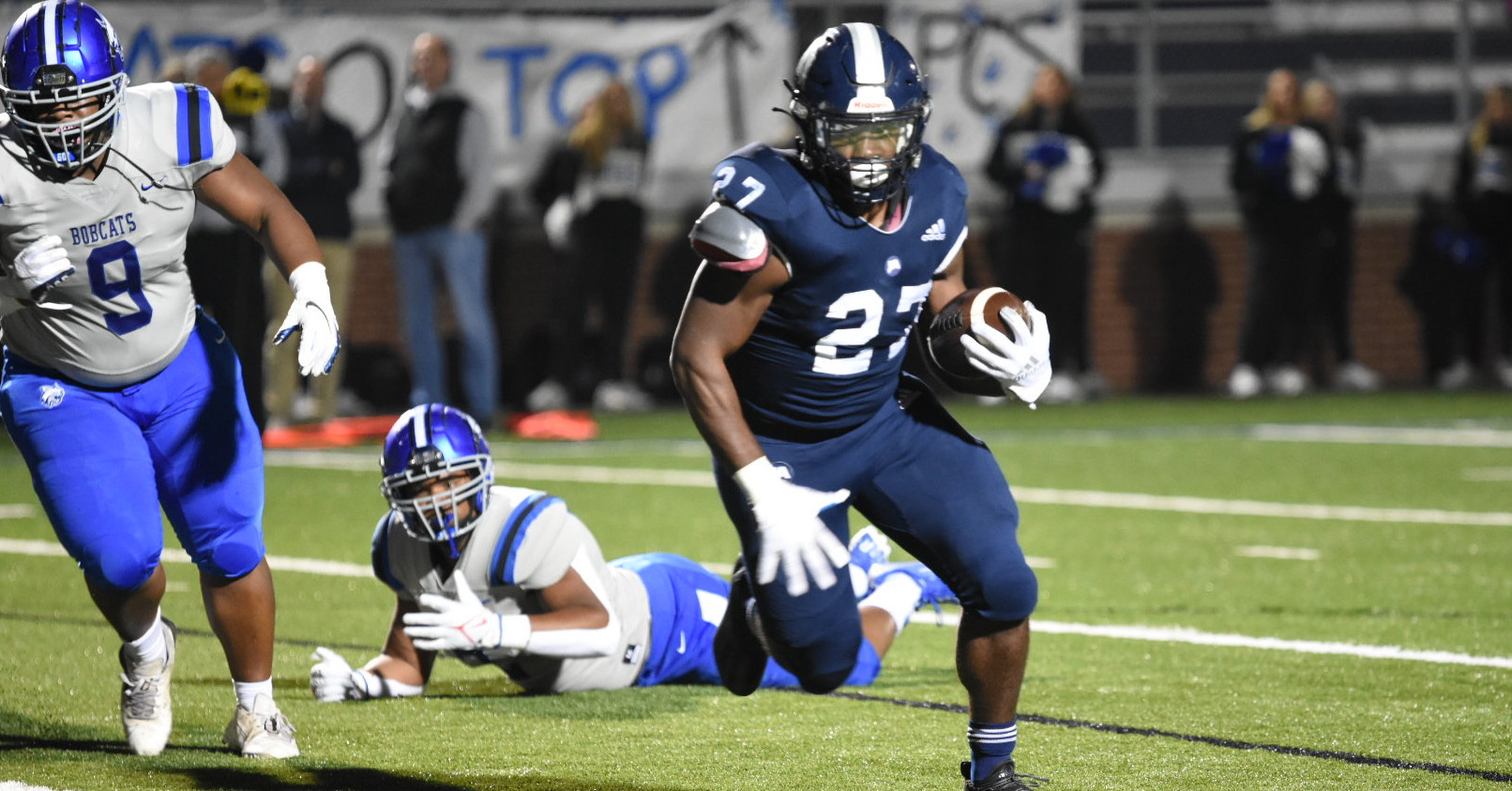 JA hosted Presbyterian Christian School at The Brickyard on Friday night in a First Round matchup in the MAIS 6A Playoffs as the Raiders were looking for their seventh straight win in the series against the Bobcats. It would mark the final home game of the senior class of 2022.

In the first meeting the Bobcat manhandled the Raiders and led 14-7 and eventually pushed the lead to 26-7 before JA mounted their phenomenal comeback. This meeting was completely different as the Raiders dominated both sides of the football from start to finish. JA scored on every offensive possession in the first half and scored defensive touchdowns as well. Tate Collins tossed two TDs to Dakota Jordan and Merritt Nations while Marcus Harris ran in from 2 yards for his 55th career touchdown. Porter Harrell scooped up a loose football that was jarred loose by Win Hooker and ran it in from 90 yards away. Scott Swalley had his most productive night as a Raider going 4-for-4 in field goals (28,26,26,34) and extra points.

The defense was the real story as they held PCS to just 64 total yards in the first half and shut them out in the process 40-0. That allowed Coach Pogue to get every Raider into the game in the second half that has been a part of the team this year. JA mooed to 8-3 while PCS finished their season at 7-5

JA heads to Madison for the Semifinal Round in 6A Football as they take on MRA with a 7pm kickoff. Pregame on The Raider Network will begin at 6:40pm