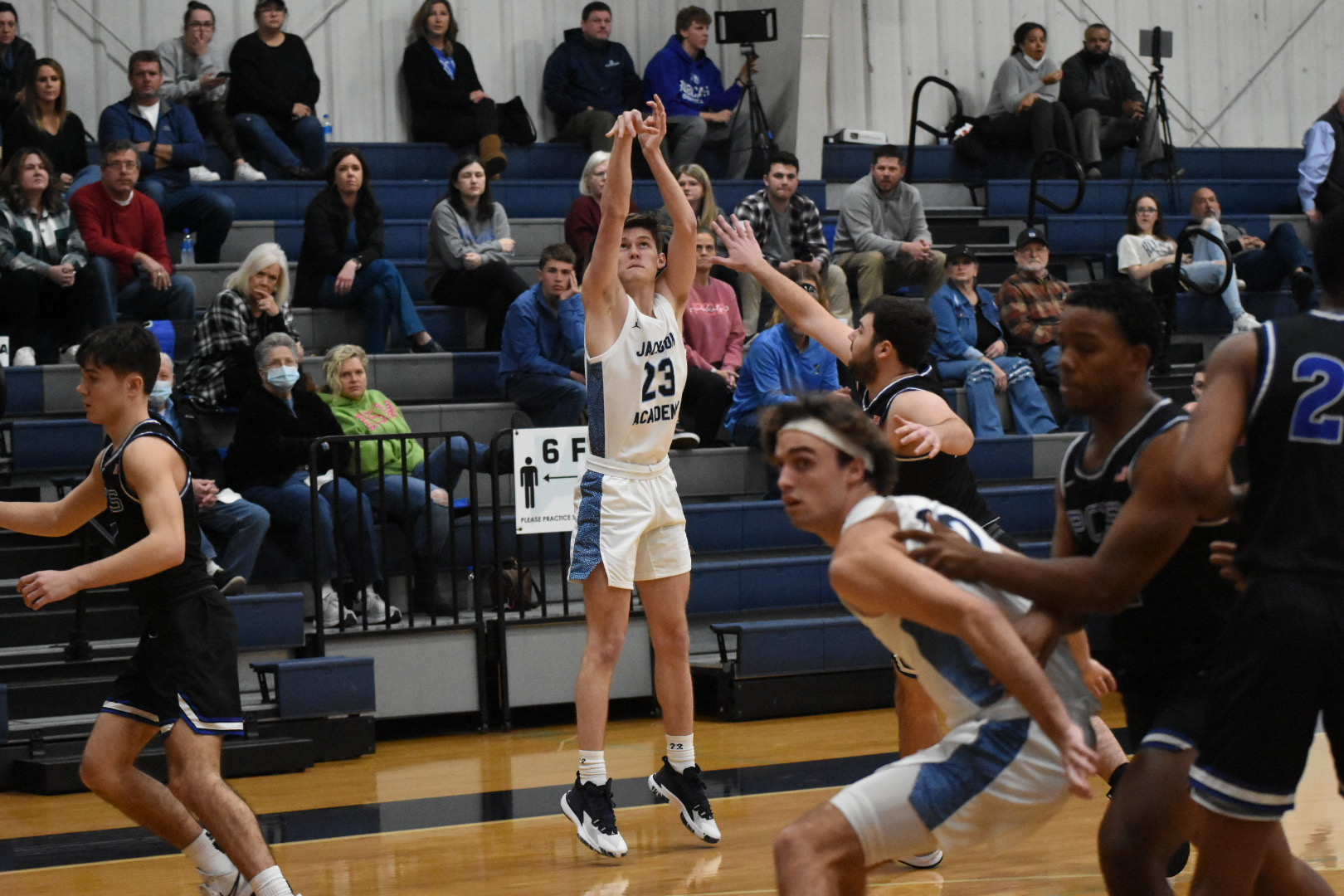 The Raiders continued their three game homestead on Tuesday night as they returned to conference play at The Raider Dome by hosting Presbyterian Christian School. JA picked up where they left off on Saturday as they connected on their first six shots from the field including three Reid Felder three pointers which helped give the Raiders an eight point lead. The two teams exchanged Bobcats managed to chip the lead in half by the end of the first quarter. There were three runs in the second quarter as JA began it with a 6-0 run, which was answered by PCS with an 8-0 run, which was then answered again by JA with a 7-0 run. The Raiders led by seven at the break. JA never trailed in the game pushing the lead to as many as twelve in the second quarter before PCS closed the game on a 9-3 run for the final margin of 60-54.
Four of the five starters scored in double figures: Reid Felder had a game-high 19, while Josh Holman added 18, Kam Beverly finished with 11 and Graham Stevens picked up 10 points. The JV Boys improved to 9-2 with a dominant 57-12 win over PCS.