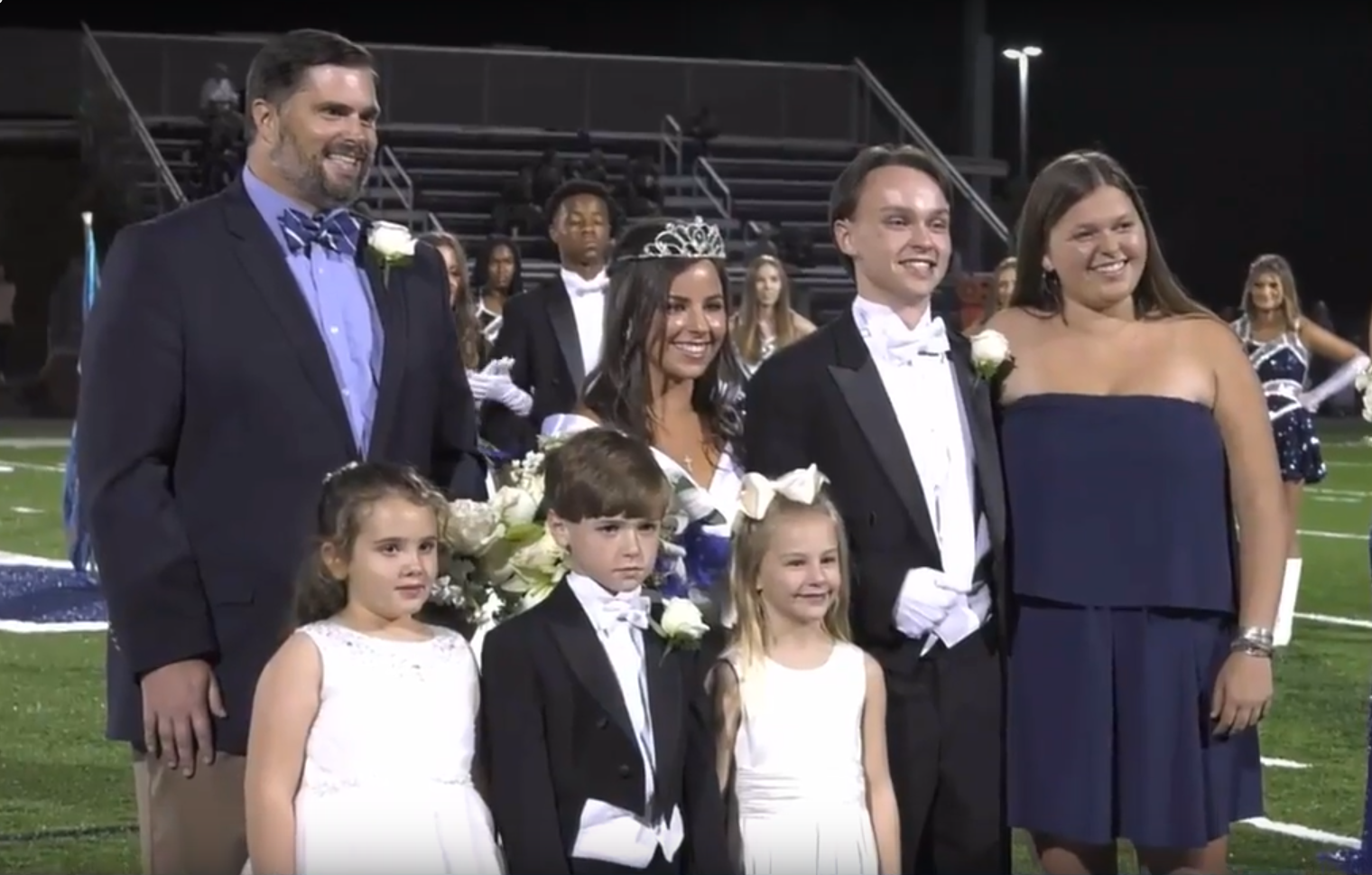 The JA Raiders continued a three game home stand as they hosted Presbyterian Christian School in their third conference game of the year. After dropping their first two conference games, the Raiders responded in a big way on Homecoming night as they jumped out to a quick 21-0 lead after one quarter and a dominating 42-0 lead at the half. The Raiders scored on every drive of the first half except the last drive when they took a knee at PCS 2-yard line. JA racked up an impressive 578 yards of offense including 435 on the ground while limiting the Bobcats to 125 total yards.

On defense Eli Ridgeway led the way with 5 total tackles (4 solo), including one sack and two Tackles for Loss. Tae Stewart had 4 total tackles and an interception as well as a touchdown reception. Sean Lackey registered 4 total tackles (3 solo) including a sack, while four other Raiders tallied 3 tackles each.

At halftime, Kate McDowell was crowned Homecoming Queen 2018 as former alums from the classes of 1988, 1998 and 2008 reunited and looked on as JA improved to 6-2 on the season and 1-2 in conference play. The Raiders conclude their three game home stand as they host Parklane Academy on October 19th at The Brickyard. Kickoff is at 7pm.