Sports Illustrated - Faces In The Crowd 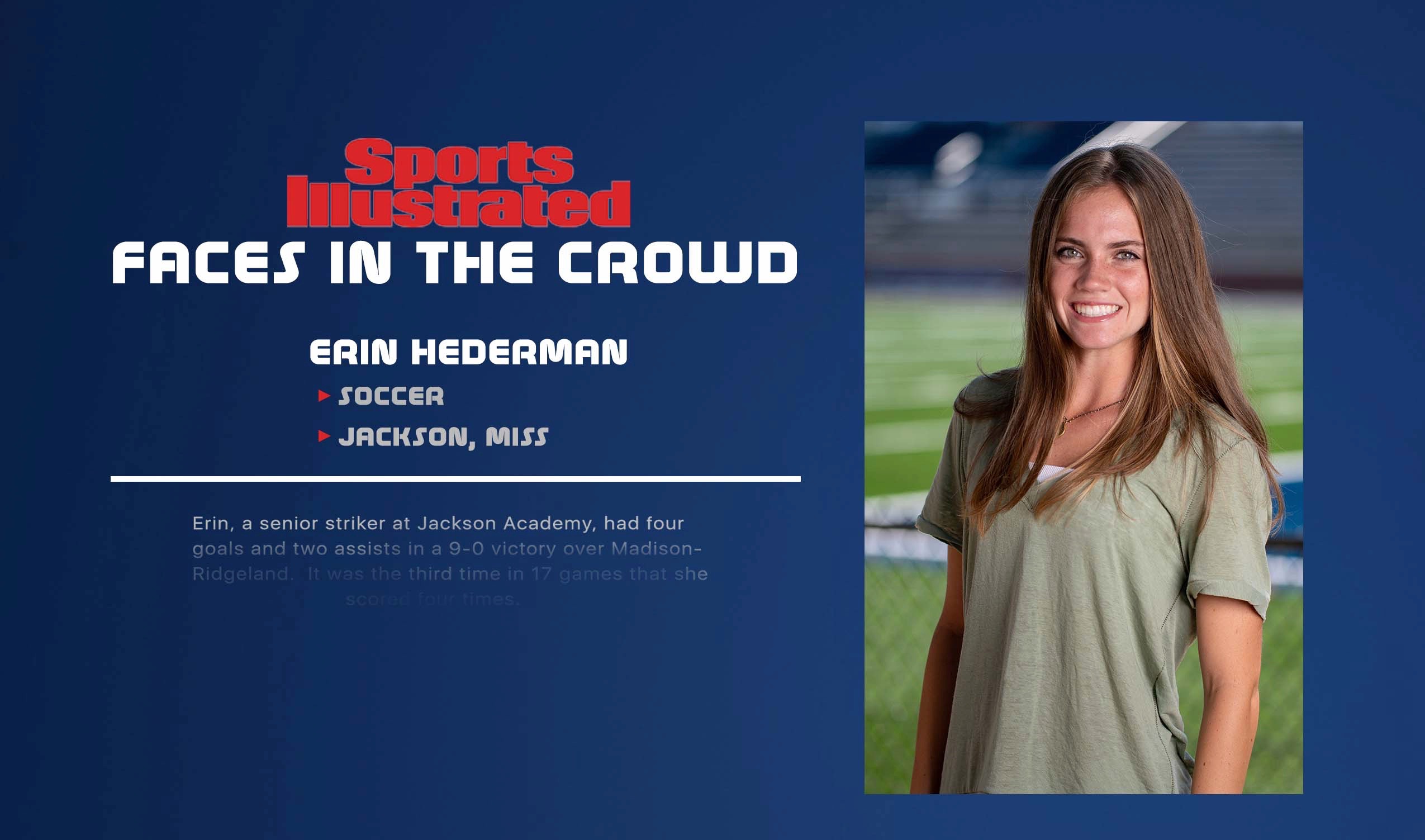 Jackson Academy Senior, Erin Hederman, became just the second ever JA athlete to earn recognition in the Faces in the Crowd section of Sports Illustrated. She was featured in the November 5th issue which is now available on newsstands for her soccer prowess. She is the first Lady Raider athlete to garner this recognition as she joined Brad Sewall (1992) in this prestigious club.

She was honored for her four goals and two assists in a 9-0 victory over MRA. At that point of the season, it was the third time she had scored four goals. She wound up finishing with 46 goals on the season and an impressive school-record 113 goals in her career. Congratulations Erin!!!