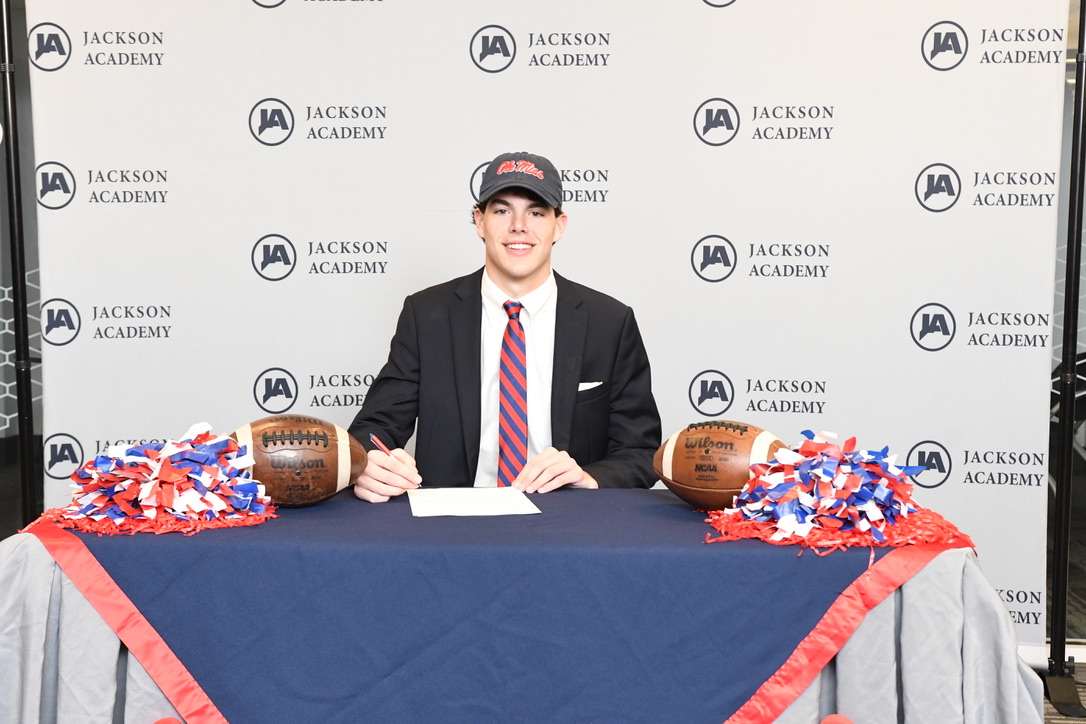 Jackson Academy senior Kinkead Dent signed to play football today with the Ole Miss Rebels fulfilling a lifelong dream of playing college football. Inside the Learning Commons of Jackson Academy, Dent was joined by his family, coaches, teammates, faculty, fellow students, and friends for the big event. Multiple television stations also were on hand to document the big day for Kinkead.

Dent becomes the first ever Raider to sign with Ole Miss at the position of Quarterback. In Dent's two seasons at JA, he helped lead the Raiders to a pair of 9 win seasons and a pair of semifinal finishes in the post season. He also finished with over 3,500 total yards while also being selected as a Team Captain.