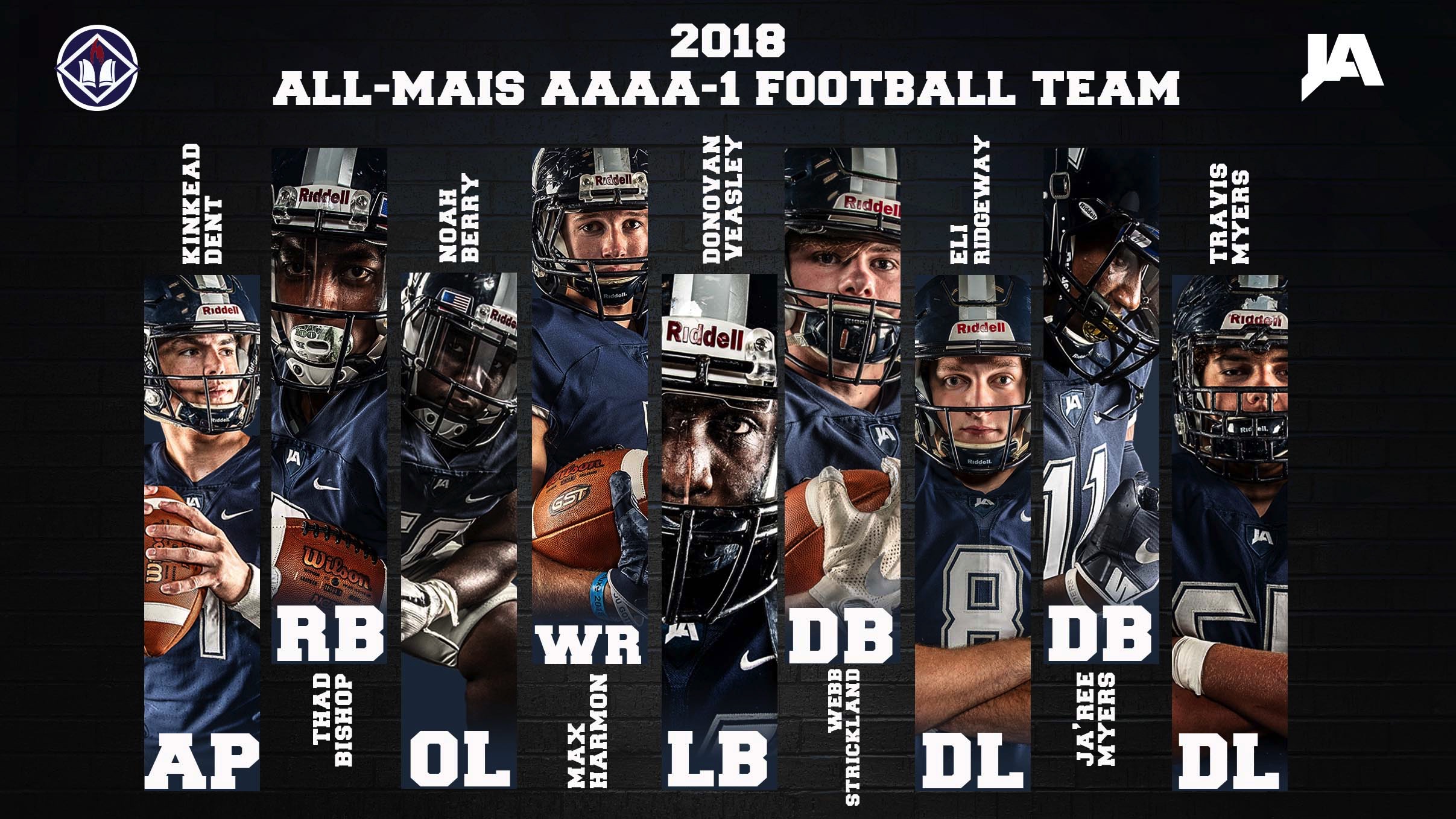 The MAIS just released their All MAIS Football Teams for 2018. JA was well represented on the AAAA Division 1 Team this year. The Selection Committees were broken into each classification using AAC Football Committee members, coaches from both teams that competed in the class championship game in their class along with our all-star coaches. This gave each committee a group that had seen the majority of players within their class.

Congratulations to these following nine JA Raiders who were named to the All MAIS AAAA-1 Team.