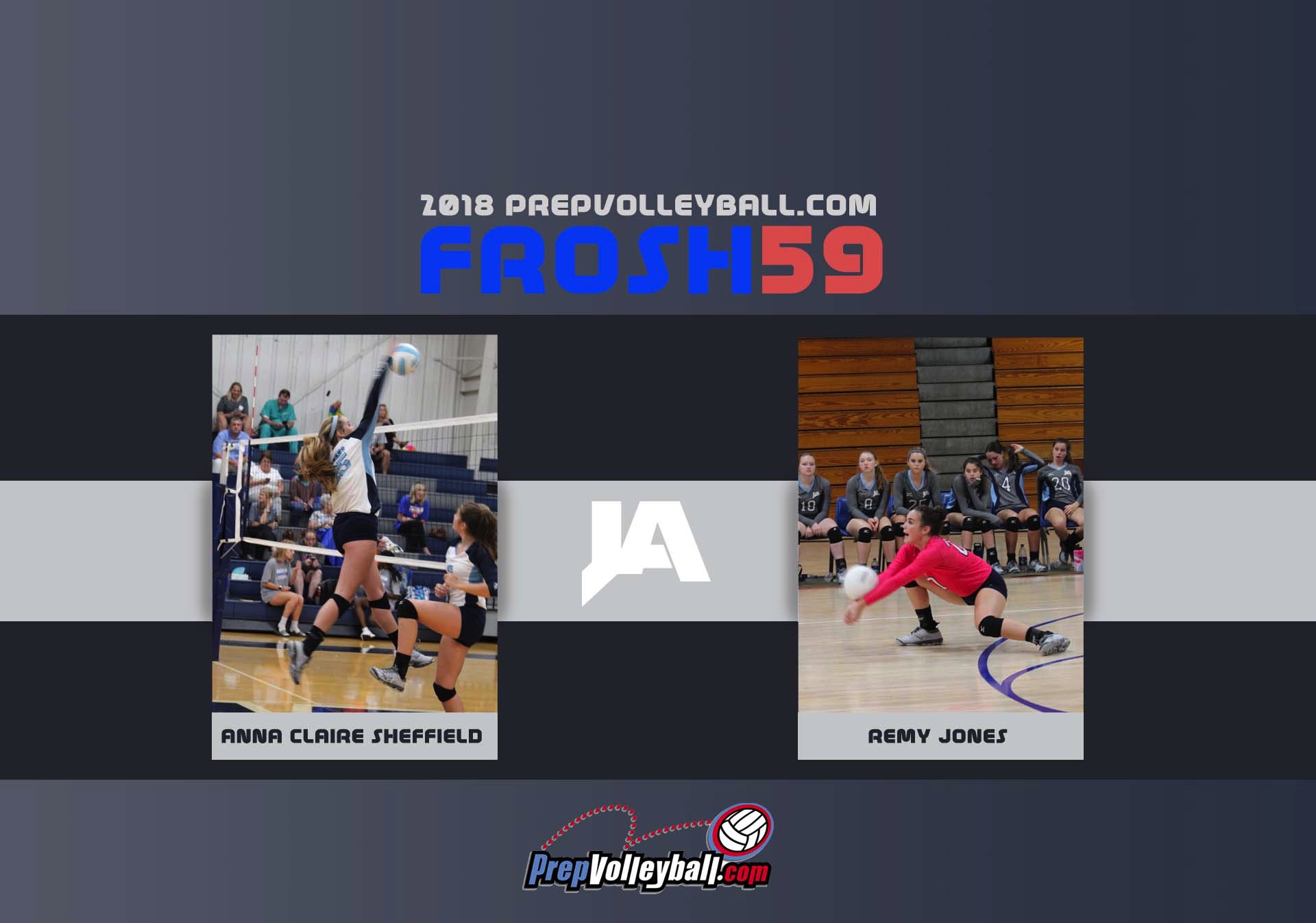 Congratulations to Remy Jones and Anna Claire Sheffield for being selected to the 2018 PrepVolleyball.com FROSH59 List. This is a list of the nation's most outstanding high school varsity-playing volleyball freshmen for the 2018 fall season and these two Lady Raider Volleyball players were among the only three Mississippians to be named to this list.

Remy Jones was selected for FROSH59 Special mention. Remy is listed as the highest of 3 freshmen from the state of Mississippi to be mentioned. Here is the write-up from prepvolleyball.com

Remy assumed the libero role early in the season for the perennially-strong Lady Raiders and proved a perfect fit for the position. Playing on a team that was runner up in the MAIS, she had 283 digs, 214 service receptions and 61 aces over 109 sets. "Without Remy we would not have made it as far as we did this year," noted head coach Melissa Denson. "Remy was the perfect fit for the position. She's a great communicator, makes great efforts to every ball, and is skilled passer. She is by far one of the most accurate servers in the state. She has a hard, float serve that is difficult to track and pass. When the game was on the line, you wanted Remy serving."

Anna Claire Sheffield was selected for FROSH59 honorable mention. Anna Claire is one of 3 freshmen from the state of Mississippi to be mentioned and of 250 freshmen across the US. Here is the write-up from prepvolleyball.com

A massive block, Sheffield had 57 rejections for the Lady Raiders, including 43 solo, in 2018. That led the conference. Sheffield also added 72 kills over 116 sets on a 37-win team that was runner up in the state among independents. "She makes big plays in tough situations," said Coach Melissa Denson. "She does all the little things well."